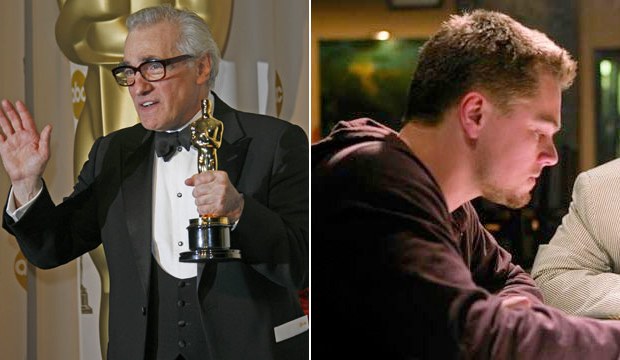 Oscar fans, let’s take a look back through Academy Awards history to exactly 10 years ago. Do you recall what won the major prizes on Oscar night? Here’s a hint: the 2006 awards (handed out in 2007) were dominated by Martin Scorsese’s “The Departed,” a film that won four Oscars including Best Picture, Best Director, Best Adapted Screenplay and Best Film Editing. Sadly for Scorsese, history will not repeat itself this year as his latest film “Silence” only earned a single Oscar nomination for Best Cinematography.

While the police drama “The Departed” was not an innovative film nor was it typical Oscar fair, it had one major advantage going for it as the awards season arrived and that was Martin Scorsese’s track record. At this point in his career Scorsese had a 30-year relationship with the Oscars but had never taken one home. The academy had long had a complex relationship with the director. His films while admired for their audacity had often been criticized as being just too violent and dark for academy tastes. Scorsese finally broke through with the academy in 1980 with “Raging Bull” for which he received his first Best Director nomination. Scorsese lost this award to Robert Redford for his first directorial effort “Ordinary People.” Scorsese would later also lose Best Director in 1990 for “Goodfellas” to another actor making his directorial debut (Kevin Costner, “Dances with Wolves.”)

By the time 2006 rolled around Scorsese had amassed seven career nominations in a variety of categories (directing, picture, screenplay) all without a win. While “The Departed” was an acclaimed film and even won some critics’ awards that year, it isn’t really regarded as one of Scorsese’s best achievements. However, the timing worked out perfectly for the academy in that they got to finally award Scorsese as Best Director and Best Picture and due to the relatively weak field of competition there wasn’t much cry that Scorsese was just receiving a sentimental or career award.

One award that had very little debate or argument swirling around it was the 2006 Best Actress race. Helen Mirren was pretty much unstoppable here for her performance as Queen Elizabeth in “The Queen.” The film dealt with the death of Princess Diana and particularly Queen Elizabeth’s refusal to mourn for her daughter-in-law publicly. Mirren took home virtually every critic’s award that was given that year so her winning an Oscar was pretty much a given.

While the veteran Mirren finally prevailed after a nearly 40-year film career it was a newcomer who won the supporting award in Jennifer Hudson for “Dreamgirls.” Hudson wasn’t nearly as unanimous a choice as Mirren and she did raise some criticism for committing category fraud by going for the supporting award when her role had been considered a lead on Broadway. “Dreamgirls” was also expected to win the Best Supporting Actor category for Eddie Murphy, but he lost out at the last minute to veteran actor Alan Arkin for “Little Miss Sunshine” in one of Oscar’s more unexpected surprises.

Will Jack Nicholson’s comeback role in ‘Toni Erdmann’ remake
add to his record number of Oscar nominations and wins?

The 2006 Best Actor trophy that year went to Forest Whitaker for “The Last King of Scotland.” Whitaker was universally praised for his chilling work as African dictator Idi Amin so his win was no surprise. Sadly though, Whitaker’s triumph prevented Peter O’Toole from ever winning an Oscar. O’Toole had been nominated eight times in his 40-year career but the stars just never managed to align for him and he went to his grave in 2013 without a competitive Oscar.

An interesting footnote on the 2006 Oscars was that two of the four acting awards (and had Eddie Murphy won, it would have been three) went to African-American performers. In later years the academy would come under great criticism for having two years in a row where no actors of color were nominated (2014 and 2015) and #OscarsSoWhite became a hashtag of protest. Based on Gold Derby’s current Oscar odds, history is likely to reset as Denzel Washington (“Fences”), Mahershala Ali (“Moonlight”) and Viola Davis (“Fences”) are all frontrunners to win.