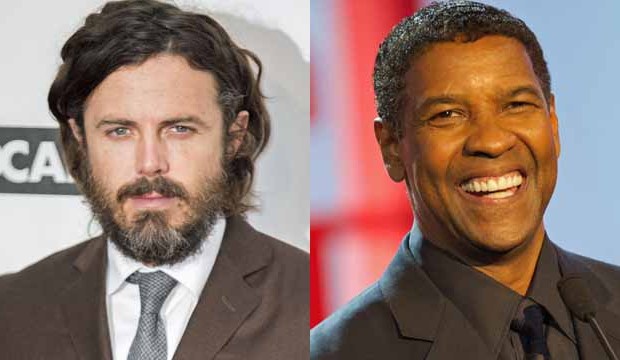 Over the past few months, Gold Derby has interviewed or recorded Q&A sessions with quite a few top Oscars 2017 contenders for Best Actor. See our round-up below for links to each of these chats. According to the current rankings and odds of 28 Experts in our predictions center, the five most likely men to be nominated this year are: Casey Affleck (“Manchester by the Sea”) at 7/4, Denzel Washington (“Fences”) at 10/3, Ryan Gosling (“La La Land”) at 5/1, Andrew Garfield (“Hacksaw Ridge”) at 9/1, and Viggo Mortensen (“Captain Fantastic”) at 12/1.

Casey Affleck (“Manchester by the Sea”), a Best Actor winner at Critics’ Choice and Golden Globes (drama) plus nominee at BAFTA and SAG Awards.

Be sure to make your Oscar predictions. How do you think these actors will do with academy voters? Weigh in now with your picks so that Hollywood insiders can see how this film is faring in our Oscar odds. You can keep changing your predictions right up until just before nominations are announced on January 24 at 5:00 am PT/8:00 am ET. Be sure to read our contest rules. And join in the fierce debate over the Oscars taking place right now with Hollywood insiders in our forums.

Mahershala Ali goes to Washington: He may follow Denzel as only the 2nd black actor to win 2 Oscars