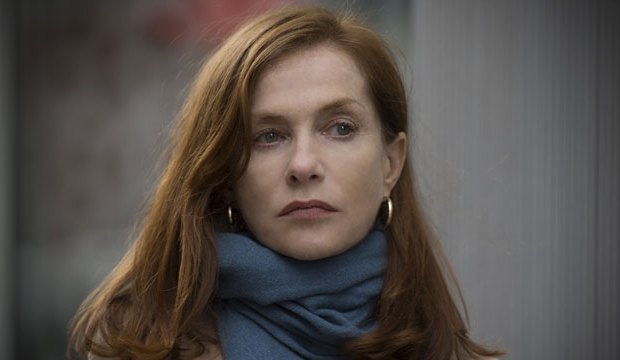 Last year at this time, I was desperately trying to determine which major Oscar category was most likely to see an upset. My hunch? Best Supporting Actor. Like many derbyites, I questioned whether the academy would really give its most prestigious prize to perennial punchline Sylvester Stallone, terrific as he was in “Creed.” At the same time, I needed some credible evidence to justify a longshot prediction. If not Sly, then who? And why?

As I encountered academy members in New York, I counted very few votes for Stallone. (Many even laughed when I mentioned his name.) But when I asked voters about their choice from the other four nominees, I was shocked at what I kept hearing: Mark Rylance in “Bridge of Spies.”

It wasn’t that I considered Rylance anything less than superb in the film. It’s just that he had such a small, quiet role in “Spies,” showing just a fraction of his impressive range. The film wasn’t one of the top-tier Best Picture contenders, and he wasn’t exactly a household name. I deduced that these Gotham members knew Rylance from his presence in the New York theatre, which had earned him three Tony Awards. (Even my accountant told me that she was rooting for Rylance.) The East Coast establishment was voting for him more for his work on Broadway than in “Bridge.” It seemed highly unlikely to me that he would garner significant support from industry members in Hollywood, who had never been to “Jerusalem” or spent a night seeing “Twelfth Night.”

So when Patricia Arquette opened the envelope last February and declared Rylance the winner, I was as shocked as anyone. (Well, maybe not as shocked as Stallone himself.) How did he do it? And more importantly, why didn’t I listen to what I was hearing?

Not wanting to make the same mistake two years in a row, I’ve spent the past few weeks polling every academy member I can find – everywhere from receptions and restaurants to cinemas and subway cars. (Two-time Oscar winner Dianne Wiest catches the 1 train on West 79th Street – just like a bullet on Broadway.)  Those who spot me often run for cover, hoping to be spared from my endless interrogation. But they know that I’ll always find them, come hell or high water. (And nowadays, with questions about “Hell or High Water.”)

NEW: Oscar predictions by experts in all 24 categories

When asking voters about this year’s fascinating Best Actress race, I’ve expected them to endorse either Natalie Portman in “Jackie” or Emma Stone in “La La Land.” The overwhelming favorite in my tiny, completely unscientific poll? Isabelle Huppert in “Elle.”

Oh mon Dieu. Could we be headed for another Oscar night shocker?

Perhaps it wouldn’t be too surprising. As Gold Derby founder Tom O’Neil often reminds us, never underestimate snob appeal when calculating Oscar odds. Huppert is considered one of the world’s great actresses. Many wonder why she has never been nominated until now. Her dramatic work in “Elle” has earned her rapturous reviews, and more critics’ prizes than her competitors combined. Few thought that she had a serious chance at the Golden Globes – yet there she was up on stage, grasping for the right words and then struggling for the proper translation. Her surprise victory became the gab of the Globes, not to mention a golden game changer.

O’Neil also writes frequently about the “babe factor,” and how difficult it is for mature actresses to win over alluring ingénues. Well, true to her name, Isabelle is indeed very much a beauty. What other 63-year-old actress could pull off her role in “Elle?” Like Helen Mirren in “The Queen” and Julianne Moore in “Still Alice,” other recent over 50-year-plus winners in this category, Huppert’s senior sex appeal could effectively neutralize the age obstacle. A vote for Isabelle would be Oscar’s ultimate French kiss.

True, Huppert does have a number of factors working against her. Like Stallone in “Creed,” it’s difficult to win an acting trophy on a single nomination. No one has ever taken a lead Academy Award without a SAG nomination. She doesn’t play a real person or undergo a major onscreen physical transformation. Is her Golden Globe triumph enough to transform her into an Oscar champion? Especially against current frontrunner Stone and onetime favorite Portman?

Possibly – and here’s why. It’s conceivable that the Hollywood majority will split between Stone and Portman. If that happens, Huppert’s smaller but passionate supporters could provide her with enough votes to obtain a plurality. For instance, 25% may not sound like a lot – but could be enough if her challengers cancel each other out. With admirers everywhere from Beverly Hills to Beijing, from Manhattan to Madrid – there’s definitely hope for Huppert.

Don’t get me wrong. I’m still sticking with Stone – at least for now (check out my predictions in all 24 Oscar races). The last time I went with a veteran French actress in a tiny art film going against a Globe/SAG-winning twenty-something in a $100 million grossing crowd pleaser, I ended up almost deader than the lead in “Amour.” If I were to make the same mistake again, the recently deceased Emmanuelle Riva (may she rest in peace sans Oscar) would undoubtedly roll over in her grave. (O’Neil himself would probably try and smother me with a pillow – though it wouldn’t be the first time.)

However, I would strongly caution awards watchers against calling this race too soon. There are always jaw droppers – things that no one could have foreseen. Twenty years ago, a Hollywood legend named Lauren Bacall appeared to be the biggest lock of the night for her supporting turn in “The Mirror Has Two Faces.” She won both the Globe and the SAG, and had the home court advantage. But when the envelope was opened, it was French star Juliette Binoche in “The English Patient” who ended up saying “merci.” If the Oscar deities want to play with us, we could be in for a serious case of derby déjà vu.