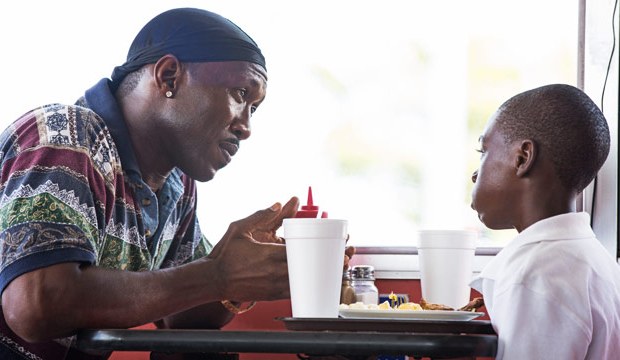 It has all come down to this! After months of speculation and earlier awards from Critics’ Choice, the Golden Globes, the Screen Actors Guild, the BAFTAs and many more, the 2017 Oscars, honoring the best in film from the calendar year 2016, were handed out on Sunday night, February 26, during a live ceremony on ABC hosted by late-night host Jimmy Kimmel.

So what do you think of this year’s crop of winners (and losers) from the 2017 Academy Awards? Read our live updating blog on the film contests below, and check out the complete list of winners.

Oscar host Jimmy Kimmel: Was he amazing, forgettable or, as Donald Trump would say, ‘sad’? [POLL]

BEST PICTURE
“Moonlight” — In a stunning turn of events, “Moonlight” won Best Picture after presenters Faye Dunaway and Warren Beatty mistakenly announced “La La Land” as the winner. It was a stunning turn of events. The winning producers for the film are Dede Gardner, Jeremy Kleiner and Adele Romanski. This is the second win for Gardner and Keliner and the first for Romanski. “Moonlight” previously won the Golden Globe for Best Drama Film, but “La La Land” was seen as the frontrunner since the beginning of the awards season. “La La Land” did end up with the most awards (six), while “Moonlight” claimed three total.

BEST ACTOR
Casey Affleck, “Manchester by the Sea” — In what may have been the tightest Oscar race of the year, Affleck overtook rival Denzel Washington (“Fences”), who had been aiming for his third victory. Affleck also won myriad critics’ awards for his role as a man who struggles with past tragedy when enlisted to care for his nephew. He also claimed the Golden Globe, the Critics’ Choice Award and the BAFTA Award. Affleck has one previous career nomination for his supporting role in “The Assassination of Jesse James by the Coward Robert Ford” (2007).

BEST DIRECTOR
Damien Chazelle, “La La Land” — Chazelle has been the frontrunner for Best Director for months, having already won awards at the Critics’ Choice Awards, Golden Globes, BAFTA Awards and Directors Guild Awards. At age 32, he’s the youngest Best Director champ in history, sliding in a few months under Norman Taurog, who was almost 33 when he won for “Skippy” in 1931. Chazelle has a previous Oscar nomination for his screenplay for “Whiplash” (2014). Watch our interview with Chazelle here.

BEST ADAPTED SCREENPLAY
“Moonlight” — This is the first Oscar win for both Barry Jenkins and Tarell Alvin McCraney. Jenkins was also nominated this year for directing the film. “Moonlight” also won writing awards at the Writers Guild Awards and the Spirit Awards. This is only the third time black screenwriters have won an Oscar, following Geoffrey Fletcher (“Precious,” 2009) and John Ridley (“12 Years a Slave,” 2013). Watch our interview with Jenkins here.

BEST ORIGINAL SCREENPLAY
“Manchester by the Sea” — In a close race with “La La Land,” Kenneth Lonergan prevailed for writing his indie drama, for which he was also nominated for directing. Lonergan also won Critics’ Choice and BAFTA Awards for this script, and he previously earned Oscar nominations for writing “You Can Count on Me” (2000) and “Gangs of New York” (2002).

BEST ORIGINAL SCORE
“La La Land” — Considered one of the biggest locks of the night, Justin Hurwitz prevailed for scoring the romantic musical. He also won a BAFTA Award, a Critics’ Choice Award and two Golden Globes for his music from the film. Watch our interview with Hurwitz here.

BEST CINEMATOGRAPHY
“La La Land” — This is the first Oscar win and first nomination for cinematographer Linus Sandgren. He had also won Best Cinematography at the BAFTA Awards and Critics’ Choice Awards, and he was nominated by the American Society of Cinematographers. Watch our interview with Sandgren here.

BEST LIVE ACTION SHORT
“Sing (Mindenki)” — This is the first Oscar for director Kristof Deak and producer Anna Udvardy. The film is inspired by the true story of an award winning school choir and a troubling secret behind their fame.

BEST DOCUMENTARY SHORT
“The White Helmets” — This is the first Oscar and second nomination for director Orlando von Einsiedel and producer Joanna Natasegara, who previously contended for the feature documentary “Virunga.” The film tells the story of first responders who attempt to rescue the victims of airstrikes in Syria. Unfortunately, the cinematographer of the film, Khaled Khatib, was barred from entering the country.

BEST FILM EDITING
“Hacksaw Ridge” — The victory for editor John Gilbert was a surprise against the odds-on favorite “La La Land.” It’s the first victory and second nomination for Gilbert, who previously contended for “The Lord of the Rings: The Fellowship of the Ring” (2001) 15 years ago. Watch our interview with Gilbert here.

BEST VISUAL EFFECTS
“The Jungle Book” — The Disney blockbuster was re-imagined from the studio’s classic animated musical. Its visual effects were by Robert Legato, Adam Valdez, Andrew R. Jones and Dan Lemmon. This was the third win for Legato, the second for Jones, and the first for Valdez and Lemmon. Watch our interview with Legato here.

BEST PRODUCTION DESIGN
“La La Land” — This is the first nomination and win for production designer David Wasco and set decorator Sandy Reynolds-Wasco. The musical romance was heavily favored to win this award after winning at the Art Directors Guild and Critics’ Choice Awards.

BEST ANIMATED FEATURE
“Zootopia” — In what was considered a close race with “Kubo and the Two Strings,” the billion-dollar-grossing allegory of race relations held on to take Best Animated Feature. Byron Howard, Rich Moore and Clark Spencer were the winners for the film, all of them first-time champs. This was the first nomination for Spencer and the second for both Howard and Moore. Watch our interview with Howard, Moore and Spencer here.

BEST ANIMATED SHORT
“Piper” — As we predicted, the Pixar film won Best Animated Short. Awarded for the film are director Alan Barillaro and producer Marc Sondheimer. It was the first nomination and win for both, and it also ended a long losing streak for Pixar, which lost its last eight nominations and most recently won for “For the Birds” (2001) 15 years ago.

BEST FOREIGN LANGUAGE FILM
“The Salesman” — This is Iran’s second victory for Best Foreign Language Film, following “A Separation”  in 2011. Both films were directed by Asghar Farhadi, who boycotted this Oscars ceremony in response to Donald Trump‘s attempted travel ban targeted at Muslim countries, including Iran. Engineer Anousheh Ansari accepted on Farhadi’s behalf, reading a statement in opposition to the xenophobic policy.

BEST SUPPORTING ACTRESS
Viola Davis, “Fences” — Davis has been the odds-on favorite to win Best Supporting Actress since it was announced that she would be competing in this category instead of the lead race, where she won the Tony Award for the same role in 2010. It was her third career nomination, which is more nominations than any other black actress in Oscar history. She previously contended in the supporting category for “Doubt” (2008) and in the lead race for “The Help” (2011).

Oscars by the numbers: Every studio, every nomination

BEST SOUND MIXING
“Hacksaw Ridge” — The World War II film won the award for Sound Mixing, defeating the frontrunner “La La Land.” Its winning mixers are Kevin O’Connell, Andy Wright, Robert Mackenzie and Peter Grace. What’s remarkable about this victory is that it’s the first ever win for O’Connell on his 21st nomination. He was first nominated way back in 1983 for “Terms of Endearment.”

BEST SOUND EDITING
“Arrival” — Following the film’s victory for Best Sound at the BAFTA Awards, sound editor Sylvain Bellemare wins his first Oscar for the sci-fi film in a close race in which “Hacksaw Ridge” and “La La Land” were favored.

BEST DOCUMENTARY FEATURE
“O.J.: Made in America” — Director Ezra Edelman‘s documentary about the O.J. Simpson murder trial and the racial conflict in Los Angeles that surrounded it broadcast in multiple parts on ESPN and at nearly eight hours long is now the longest film ever to win an Academy Award. Edelman is only the second black director to win Best Documentary Feature, following T.J. Martin (“Undefeated,” 2012).

BEST COSTUME DESIGN
“Fantastic Beasts and Where to Find Them” — Colleen Atwood wins her fourth Oscar for Best Costume Design. She previously won this award for “Chicago,” “Memoirs of a Geisha” and “Alice in Wonderland.” This is the first ever victory for a film in the “Harry Potter” movie franchise. She upset the presumed frontrunners in this contest, “Jackie” and “La La Land.”

BEST MAKEUP AND HAIRSTYLING
“Suicide Squad” — The DC Comics film won a surprise Oscar against the odds-on favorite “Star Trek Beyond.” Its victorious makeup and hair designers are Alessandro Bertolazzi, Giorgio Gregorini, Christopher Allen Nelson. “Suicide Squad” was a rare film up for both Razzies and Oscars this year, but even though it wasn’t well received by critics it’s extensive prosthetics work won over the motion picture academy. Even the Marvel Cinematic Universe has struggled to win an Oscar.

BEST SUPPORTING ACTOR
Mahershala Ali, “Moonlight” — This was the first Oscar win and first nomination for Ali. He had been the favorite to win for most of the season thanks to his understated performance as Juan, a drug dealer who becomes an unlikely father figure to a struggling boy (Alex Hibbert) being raised by an addict (Naomie Harris). Before this Ali was honored by multiple critics’ groups, including the Critics’ Choice Awards, and he also prevailed at the SAG Awards, though he was upset by Aaron Taylor-Johnson (“Nocturnal Animals”) at the Golden Globes and by Dev Patel (“Lion”) at the BAFTAs. Watch our interview with Ali here.