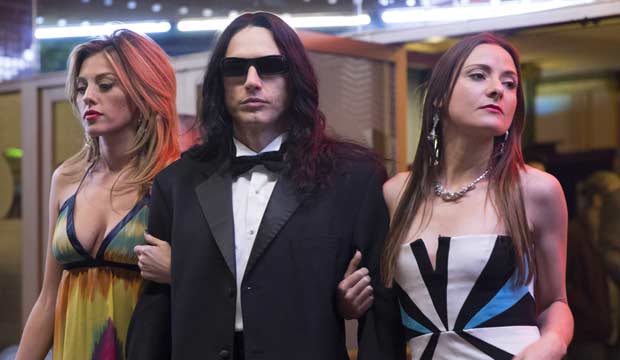 The Best Actor race this year, some thought (and still think), was over months ago with Gary Oldman’s portrayal of Winston Churchill in the WWII drama “Darkest Hour” earning rave reviews. It’s a transformative performance (as are all of Oldman) and one which you could easily see earning Oldman his first-ever Academy Award.

But the race for the award is not as simple as some might think. Timothee Chalamet, for one, is applying a fair bit of pressure to Oldman with his performance in the beautiful “Call Me By Your Name” earning him quite a few critic awards. Indeed, the critics seem to be rallying behind Chalamet, thereby leaving Oldman with some work to do.

Both men must get by three time Best Actor winner Daniel Day-Lewis who headlines Paul Thomas Anderson’s “Phantom Thread.” Day-Lewis has already won a record three Best Actor Oscars from just five nominations. Should he earns his sixth nomination, the possibility of him winning a fourth time cannot be dismissed, especially as he has has said this is his final screen performance.

Coming on strong is James Franco, who delivers a transformative performance in “The Disaster Artist.“ Franco also produced and directed this passion project in which he portrays failed filmmaker Tommy Wiseau. He captured all of his idiosyncratic mannerisms and mimicked his strange Eastern-European accent. The academy is sure to be impressed by Franco’s commitment to the film. This is Franco’s “Lincoln.”

Some may argue that the role is too comic for the academy’s taste. But, there are two factors here that counter that argument.

Yes, the role is comic and Franco is very funny as Wiseau. But that’s just one side to the performance. Franco also shows a tragic, desperation to fulfil dreams and do anything for the sake of art. There’s dramatic weight here, its just hidden behind a bizarre accent, a thick head of long black hair and far too many belts.

In the last few years, the academy has invited a huge number of new members to join – many of whom areyounger than usual and come from a vast variety of backgrounds. Because of that, we might see more of a shake up in their usual nominations and a change in pattern. Perhaps this new body of voters will favour a performance and film like Franco’s, whereas the old might not have.

While Franco was predicted to be nominated at the Golden Globes for Best Comedy Actor, his SAG nomination came as a complete shock. He’s surprised us once already this awards season so it would be folly to underestimate him again.