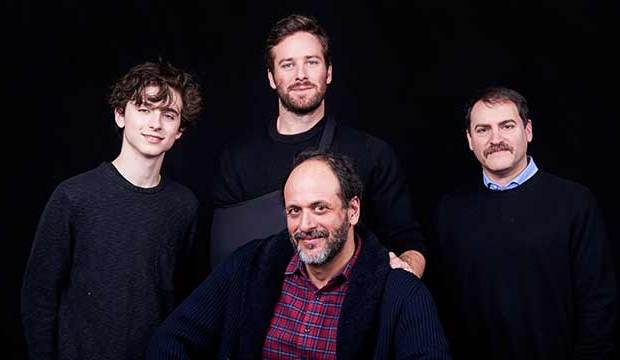 It doesn’t happen often, but could two film co-stars compete against each other in the 2018 Oscar race for Best Supporting Actor? The last time was almost 27 years ago, when Harvey Keitel and Ben Kingsley went head-to-head for “Bugsy” (1991), losing the prize to Jack Palance in “City Slickers.” This year’s derby offers many different opportunities for this rare occurrence to happen once again. Some are more likely than others, but let’s take a look at some potential nominees.

Michael Stuhlbarg and Armie Hammer are both in the running for “Call Me by Your Name.” It’s Luca Guadagnino‘s coming-of-age drama about a young man’s (Timothee Chalamet) love affair with an older American student (Hammer) during an Italian vacation. Both Stuhlbarg and Hammer are seeking their first nominations.

Speaking of love stories, Guillermo del Toro‘s fantastical inter-species romance “The Shape of Water” gives both Michael Shannon and Richard Jenkins an opportunity to add to their nominations total. Shannon previously competed in the category for “Revolutionary Road” (2008) and “Nocturnal Animals” (2016), while Jenkins contended in Best Actor for “The Visitor” (2008).

Bryan Cranston and Laurence Fishburne are also in the hunt for their second career bid for Richard Linklater‘s “Last Flag Flying,” a sequel to “The Last Detail” (1973). Both previously contended in Best Actor: Cranston for “Trumbo” (2015) and Fishburne for “What’s Love Got to Do With It?” (1993). Co-star Steve Carell will be campaigned in lead.

Sam Rockwell could earn his career-first nomination for “Three Billboards Outside Ebbing, Missouri,” a pitch-black comedy from writer/director Martin McDonagh. He may compete against co-star Woody Harrelson, who previously contended in lead for “The People vs. Larry Flynt” (1996) and in supporting for “The Messenger” (2009). Harrelson also has “The Glass Castle” in play.

While Oscar-winner Mark Rylance (supporting for “Bridge of Spies” in 2015) may seem like the obvious choice for Christopher Nolan‘s WWII epic “Dunkirk,” he may be joined by Kenneth Branagh. Branagh is a five-time nominee across several categories (Best Actor and Best Director for “Henry V” in 1989; Best Live Action Short for “Swan Song” in 1992; Best Adapted Screenplay for “Hamlet” in 1996; and Best Supporting Actor for “My Week with Marilyn” in 2011).

Though we don’t know much about Steven Spielberg‘s “The Post,” some possible Supporting Actor players include Bob Odenkirk and Stuhlbarg, with others in play once the movie is screened.

Two recent Supporting Actor snubs who could receive Oscar redemption are Idris Elba and Kevin Costner in Aaron Sorkin‘s “Molly’s Game.” Elba won the SAG award and competed at the Globes and BAFTA for “Beasts of No Nation” (2015), yet was notably absent from the Oscar ballot. Costner, a two-time victor for “Dances with Wolves” (Best Picture and Best Director in 1990), made a last-minute play for “Hidden Figures” last year, yet came up short. He previously contended as Best Actor for “Wolves.”