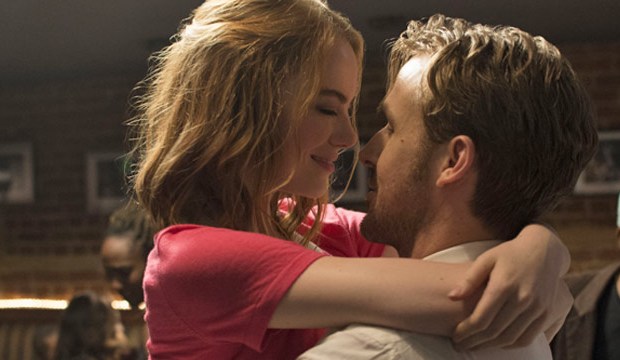 The Best Picture winner at the Oscars is determined by a preferential vote unlike the other categories which are decided by a straight plurality. With potentially up to 10 nominees, no one wants a Best Picture winner that only earned a little over 10% of the vote. Rather, the academy members rank all the nominees, with successive rounds of counting eliminating contenders until one reaches 50% plus one to be declared the winner.

Unlike recent Best Picture champs like “Spotlight” (2015), “Birdman” (2014), and “12 Years A Slave” (2013), “La La Land” has been the overwhelming favorite to win all season long. Only the accountants at Pricewaterhouse Coopers will know just how popular “La La Land” turns out to be but it sure would make their jobs a lot easier if they only had to do just one round of counting for Best Picture.

Last year, “Spotlight” wasn’t even the favorite heading into the Oscars. That honor belonged to Alejandro Inarritu’s “The Revenant.” Then factor in the wildly popular popcorn picture “Mad Max: Fury Road” with a leading 12 nominations and the PGA Award champ “The Big Short” and we can surmise that this was not a landslide win for “Spotlight.” Indeed, the vote could’ve easily come down to one of the last rounds of tabulation.

The same can be said of the 2014 winner, “Birdman” which had its naysayers as it didn’t pick up the usually necessary Film Editing nomination and lost the Golden Globe for Best Comedy/Musical Film. Its chief rival was “Boyhood,” a family drama shot over a 12-year period, that took the early lead winning the Critics Choice Award and Golden Globe for Best Film Drama. Then there was the surprise Golden Globe Comedy/Musical winner, Wes Anderson’s “Grand Budapest Hotel” which scored nine nominations. Also in the mix was the hit Clint Eastwood’ war drama“American Sniper” and Damien Chazelle’s little film that could “Whiplash.”

The 2013 race for Best Picture ended with “12 Years a Slave” winning Best Picture. But below-the-line favorite “Gravity” probably kept it from victory for a few rounds. Add in the star-studded “American Hustle,” the second consecutive David O. Russell film to be nominated in all four of the acting categories as well as “Dallas Buyers Club” which won both Best Actor (Matthew McConaughey) and Best Supporting Actor (Jared Leto) and its safe to assume that “12 Years a Slave” needed a few films to be eliminate before it prevailed.

Unlike the last three Best Picture winners, “La La Land” has swept the precursors. Its only misstep was missing out on a SAG Award nomination for Best Ensemble. So, not surprisingly, according to Gold Derby’s exclusive odds , “La La Land” is far out in front with odds of 1/5. Its closest rival is “Moonlight” in second place at 14/1 followed by “Manchester by the Sea” at 40/1,  SAG Award Ensemble winner, “Hidden Figures” at 50/1 and eight-time nominee “Arrival”at 66/1.