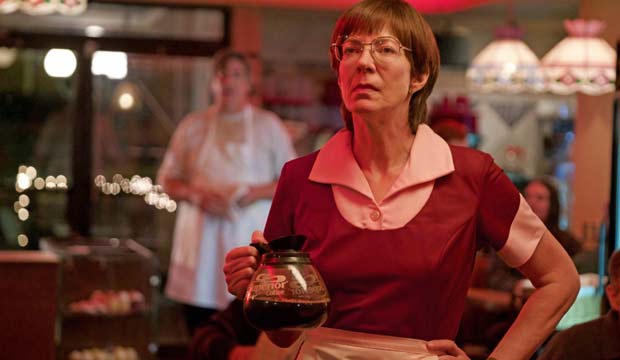 Allison Janney, Tatiana Maslany, or Claire Foy might soon be joining Oscar’s dignified ranks for playing real life women. Oscar voters have shown from the beginning that they love actors who portray historic people. Perhaps it’s because they can make easy comparisons. Or perhaps it’s because they are often heroic figures. Whatever the reason, it has occurred more often for supporting ladies than for supporting men. Tour our photo gallery above of every single woman who has won the Best Supporting Actress category at the Academy Awards for playing a true life character.

The very first performer to win the illustrious prize for stepping into a real person’s shoes was Alice Brady for “In Old Chicago.” She played Molly O’Leary, whose pet cow allegedly started the Great Chicago Fire of 1871. In an interesting tidbit of Oscar history, Brady’s trophy was stolen by an imposter claiming to be accepting the prize on the absent star’s behalf. Unfortunately, the thief was never caught, and Brady died before the Academy could right the wrong.

SEE Allison Janney (‘I, Tonya’) on giving heart to a monster: ‘I hooked into her sadness’ [EXCLUSIVE VIDEO INTERVIEW]

Since then, actresses as varied as Alicia Vikander (“The Danish Girl” in 2015), Lupita Nyong’o (“12 Years a Slave” in 2013), Melissa Leo (“The Fighter” in 2010), Cate Blanchett (“The Aviator” in 2004), Jennifer Connelly (“A Beautiful Mind” in 2001), Marcia Gay Harden (“Pollock” in 2000), and Judi Dench (“Shakespeare in Love” in 1998) have all triumphed for effortlessly becoming a recognizable figure. In fact, Blanchett played the all-time Oscar leader in acting victories — Katharine Hepburn with four trophies.

This year offers a handful of Best Supporting Actress contenders who play real people. Seven-time Emmy-winner Janney could reap her career first nomination for her role as LaVona Golden, the monstrous mother of infamous figure skater Tonya Harding, in “I, Tonya.”

Speaking of faithful partners, “The Crown” star Foy is also a newcomer at the Oscars for “Breathe.” She stars as Diana Cavendish, whose husband (Andrew Garfield) refuses to give up after contracting polio. As well, Best Actress nominee Kristin Scott Thomas (“The English Patient” in 1996) could return to the Oscars once again for bringing to life yet another loyal wife, Clementine Churchill, in “Darkest Hour.”