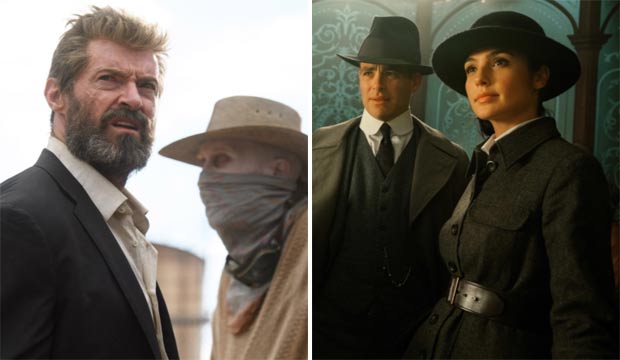 2017 has been an unusually strong year for blockbusters — not just at the box office, but with critics, who have rated some of this year’s tent-poles, franchises, and action flicks as genuinely among the best of the year. But Oscar voters are often snobby about superheroes and sci-fi, so will they keep an open mind about this year’s big-budget behemoths? We asked our readers which blockbuster has the best shot at Oscars, and they responded with two comic book heroes — one from Marvel, and one from DC. Scroll down to see the complete poll results.

“Logan,” based on Marvel Comics, was the top choice of our readers with support from 45% of respondents, which is understandable. Despite a long line of “X-Men” and “Wolverine” movies going back 17 years, “Logan” is the most genre-defying, styled as a road movie and a neo-western more than your typical superhero film. It also has an awards pedigree in front of and behind the camera. Oscar nominee Hugh Jackman and Golden Globe and Emmy nominee Patrick Stewart lead the cast. And the director is James Mangold, who has helped actors win Oscars in the past; he directed Best Supporting Actress champ Angelina Jolie in “Girl, Interrupted” (1999), and he directed Best Actress winner Reese Witherspoon in “Walk the Line” (2005).

Next in line in our reader poll is DC’s “Wonder Woman” with 22% of the vote. Released during the summer, the film ended DC’s critical slump after reviewers had chilly reactions to “Man of Steel” (2013), “Batman v Superman” (2016), and “Suicide Squad” (2016). It’s also a rare superhero film headlined by a woman, proving that women can be creative and financial powerhouses in an industry still overly skeptical about female-driven projects. It’s also directed by a woman, Patty Jenkins, who also helmed an Oscar winner: “Monster” (2003), which Charlize Theron won Best Actress for. In a season when stories about women’s struggles against men in the industry have been highlighted, “Wonder Woman” could be an especially strong rallying point.

Do you agree with our poll results? What other blockbusters might we be underestimating? 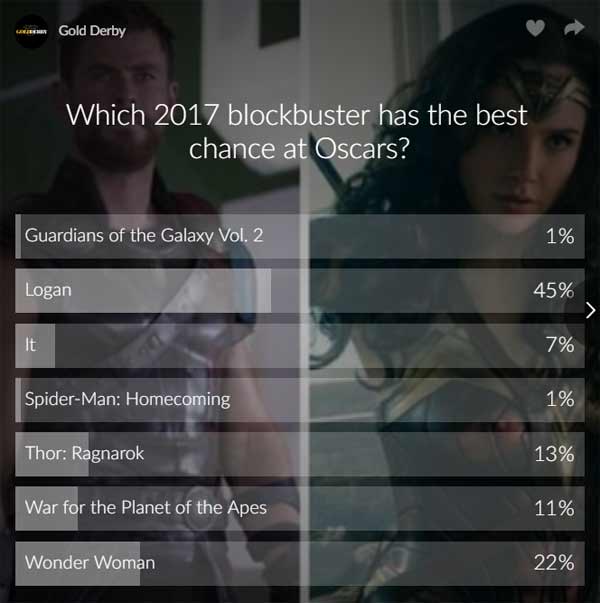