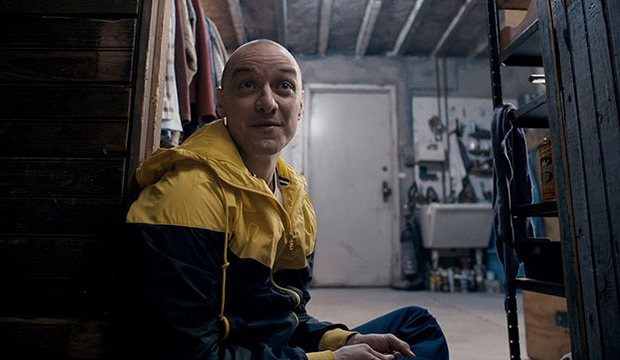 M. Night Shyamalan’s film “Split” opened to strong reviews and box office back in January, starring James McAvoy and Broadway legend Betty Buckley. The film deals with the story of a young man with dissociative identity disorder, more commonly known as multiple personality disorder, and offers a fine showcase for its actors and contains the kind of twists that Shyamalan’s films have become known for. This was Shyamalan’s most successful film in a long time after suffering through some poorly received projects in recent years. In fact, both The New York Times and Variety cited the film as “a return to form” for Shyamalan in the beginning of their reviews. Will the Oscars pay attention?

McAvoy and Buckley received high praises in most reviews and both could be possible candidates for awards voters looking for out of the box nomination choices for Best Actor and Best Supporting Actress. Shyamalan’s film “The Sixth Sense” did quite well at the Oscars back in 1999, receiving a total of six nominations including Best Picture, Best Director and Original Screenplay (for Shyamalan) as well as supporting acting nominations for Toni Collette and 11-year-old Haley Joel Osment.

“Split” does have a few things working against it in terms of Oscar nominations, with the major factor being its early release date in January 2017. Academy voters usually have a short memory when it comes to Oscars, but there have been cases of early releases receiving nominations and even wins, such as February 1991’s “The Silence of the Lambs.” The fact that Universal has already sent screeners of “Split” to academy members is a step in the right direction.

Academy, Golden Globe and SAG voters looking for alternate nominations may want to take a look back at McAvoy, about whom Peter Debruge (Variety) wrote, “Ultimately, ‘Split’ belongs to McAvoy, who has ample scenery to chew, but doesn’t stop there — he practically swallows the camera with his tiger-like teeth. With his head shaved, the actor depends ever so slightly on costume changes, but otherwise conveys his transformations through body language, facial expression, and accent, as his various selves take ‘the light’ … The condition has afforded McAvoy the role of his career.”

Buckley would also be an interesting choice as Best Supporting Actress with her glowing notice in A. O. Scott‘s The New York Times article supporting that idea. He declared, “Dr. Fletcher … is played by the wonderful Betty Buckley. Ms. Buckley also provides a dimension of warmth and wit that ‘Split’ would be much duller and uglier without.”