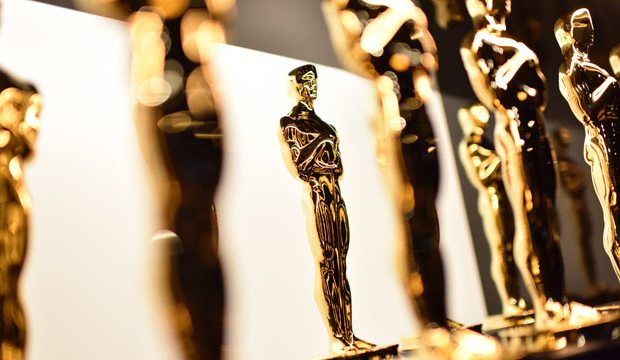 Fans of the Academy Awards live for surprises, and nothing is more surprising than a comedic performance being recognized among a sea of serious Oscar-bait. Whenever a funny guy or gal receives a nomination (or even more rare, a WIN), it’s like a breath of fresh air is infused into the awards season. Think Melissa McCarthy in “Bridesmaids” or Robert Downey Jr. in “Tropic Thunder.” But alas, sometimes these campy roles are snubbed by the Oscars. In our photo gallery above, we highlight 10 examples of campy portrayals that would have made ridiculously fun inclusions in the canon of Academy-nominated performances.

Michael Keaton as Betelgeuce in “Beetlejuice” (1988)
You can tell Tim Burton directed Keaton to take the role and run with it. Well, Keaton didn’t just run with it. He triathlon-ed with it. He was given probably one of the most bizarre and inexplainable characters anyone’s ever seen in a script, yet his interpretation reads as crystal clear. Barely anything about the background of Betelgeuce is explained, but Keaton’s dynamic and specific perspective make us feel like we completely understand everything that’s happening. It’s mind-blowing that the same actor gave us a suave, level-headed Bruce Wayne just one year later. What’s so fascinating about Keaton in all of his subsequent leading man roles is that, no matter how stoic the role seems on the outside, there always seems to be an air of chaos brewing on the inside. Then I remember, “Oh, yeah. This is the guy who created Betelgeuce we’re talking about here.”

Bette Midler, Sarah Jessica Parker and Kathy Najimy as Winnifred, Sarah and Mary Sanderson in “Hocus Pocus” (1993)
Every Halloween “Hocus Pocus” fans pop this classic movie into their Netflix queue. There’s a reason why this film has become such a staple among cult classics, and that reason is the undeniable on-screen chemistry between Bette Midler, Sarah Jessica Parker and Kathy Najimy. From the hilarity you see on screen, it’s evident that just as much fun was had in the filming process. Bette Midler, whose resume truly runs the gamut of accomplishments, even states that “Hocus Pocus” is her favorite project of which she’s ever been a part. You can tell. Is there a way for the Academy to give a joint nomination to three people?

Ellen Greene as Audrey in “Little Shop of Horrors” (1986)
“Little Shop of Horrors” is a musical written to spoof old-fashion cult horror films. It’s literally camp to the max. So… why am I crying? It’s because Ellen Greene’s characterization of Audrey, the pure-hearted, pinheaded bombshell caught in an abusive relationship, is so deeply lived-in that you can’t help but be moved. It’s a perfect example of the actor being enough. Greene’s natural persona is so interesting that there’s no need to add any bells or whistles. Every note and line is delivered from such a place of authenticity. It makes her character’s dreams feel so palpable that you’re just as desperate as she is to see them come true. The role of Audrey belongs to Greene, and watching her perform it is a truly transcendent experience. We’re lucky to have such a stunning portrayal preserved on film.

Joan Cusack as Debbie Jellinsky “Addams Family Values” (1993)
This sequel is pure, no holds barred comedy from beginning to end, and Joan Cusack walks away the MVP in a cast full of winners. Cusack’s performance as the sociopathic black widow killer drives the plot as she desperately tries to make her indestructible husband, Fester, the next victim. She’s positive and poised, but there’s just enough of Cusack’s own off-kilter quirk within her from the beginning to hint that we’re dealing with danger. Many refer to her 11 O’clock execution scene as the highlight of her performance. But I always harken to a scene she has in her car just outside her dynamite-ridden house, just before it’s about to explode with Fester inside. She feigns tears as she practices her sob story to the police but can’t stifle her maniacal laughter. She reminds us that, while the fictional Addams Family might be creepy, there are people like Debbie in the real world who are even creepier.

Regina Hall as Brenda Meeks “Scary Movie” (2000)
The “Scary Movie” franchise is crude, crass, and criminally under-appreciated by the film community, and the character of Brenda is consistently the fan favorite. Shrill and shallow, yet unapologetically logical and relatable, all of Regina Hall’s passion explodes onto the screen. In her most iconic scene, she leaves an audience of “Shakespeare In Love” in disarray as she sneaks in her own chicken meal, screams at Shakespeare on the movie screen in front of her, talks to her girlfriend on her cell phone about the movie’s spoilers, and records her own bootleg copy on her camcorder—all after berating the other patrons in the theatre that they’d better keep it down, of course. Like all of our favorite stock horror film characters, she doesn’t survive the end of her big scene. However, it’s a tour-de-force moment that would have made for a fabulous acting clip at the Oscars ceremony in 2001.

Martin Short as Clifford Daniels “Clifford” (1994)
Clifford was a critically panned comedy that starred Martin Short as a deeply disturbed 10-year old whose passion for dinosaurs leads him to manipulative and sometimes evil measures. The entire movie plays like a Mad TV character has been dropped into a completely normal world, yet none of the other characters seem to question his existence. Short is at the absolute top of his game here, and his playing into to his own peculiarities as an actor is what makes him so magnetic. He bulldozes through the film with his iconic flair as he delves into the perverse psyche of this strange child. It’s a compelling and sometimes uncomfortable character study from which you can’t look away.

Victoria Adams as herself a.k.a. Posh Spice “Spice World” (1997)
Okay, I’m fully aware that I’m being a total stan for my favorite music group right now, but in a movie with absolutely no plot, no point, and no pressure, Victoria Adams (now Beckham) works absolutely perfectly. She effortlessly portrays an exaggerated version her own “Posh Spice” persona with a wry self-awareness that creates the perfect foil to the other rambunctious Spice Girls. The film is a camp-lover’s dream. In the span of 93 minutes, Adams gets abducted by aliens, lifts a dying child from a coma, goes to boot camp, survives a horrific boating accident, heroically operates heavy machinery through the busy streets of London, and learns about manta rays—all while wearing high heels and without breaking a sweat. Both the character and the actress seem perpetually lost amidst the chaos, and her silent reactions to seem to scream, “What am I doing here?” Since we’re all asking ourselves the same thing as we’re watching, the result is hilariously effective. When the Academy wises up and awards her a special Oscar as an apology for her snub, I can’t wait for her to arrive on the red carpet wearing her little Gucci dress.

Joanna Barnes as Gloria Upson “Auntie Mame” (1958)
Auntie Mame is a treasure chest of sparkling performances—performances that were actually embraced by the Academy with nominations for Rosalind Russell and Peggy Cass. So many other performances could have easily gotten recognized. One that leaves a lasting impression, however, is Joanna Barnes as Gloria Upson. Written to be painfully humorless, the role is all about the delivery, which Barnes absolutely nails. As the “top drawer” and out-of-touch finance of Auntie Mame’s beloved nephew, she’s able to make something as simple as a barely in-frame handshake one of the film’s funniest bits. But nothing can compare to her tragic recount of squashing the ping pong ball at her country club’s ping pong tournament. Barnes’ “ping pong ball” story remains one of the most flawlessly delivered comedic monologues in film history, and it’s her pure sincerity and obliviousness throughout that makes her detestable character so strangely lovable.

Terry Kiser as Count Spretzle “Mannequin 2: On the Move” (1991)
For such a critical bomb, this film really is a jackpot of joyful characterizations. But Terry Kiser’s slimy interpretation of Count Spretzel, the deleterious diplomat of the kingdom of Hauptmann-Koenig, is gloriously ridiculous and layered. With an undetectable accent, Kiser slithers through the film, practically turning the other characters into stone with a mere glance. His best moments are his silent ones, in which he twirls the hair on his facial mole, bites paper out of frustration, and throws clay pots with the giggle of a demonic man-child. This is a little-known sequel that deserves far more recognition for its performances, and Terry Kiser’s is at the top of that list.

Carol Burnett as Miss Hannigan “Annie” (1982)
There’s no other way to describe Burnett’s performance here other than “earth-shattering.” As the sex-starved, alcoholic owner of one of New York’s most run-down orphanages, she wrings every laugh that’s humanly possible from each second that she’s on screen. It could be argued that a lot was done wrong with this ill-fated movie musical adaptation, but everything about Burnett here is objectively right. Every bit, every drunken slur, every stumble is evidence as to why Carol Burnett has earned her status as one of comedy’s most prolific queens. Her Golden Globe nomination is completely deserved, and her Oscar snub is one of the deepest crimes the Academy has ever committed. She’s an absolute masterclass whose work here should be studied for centuries to come.