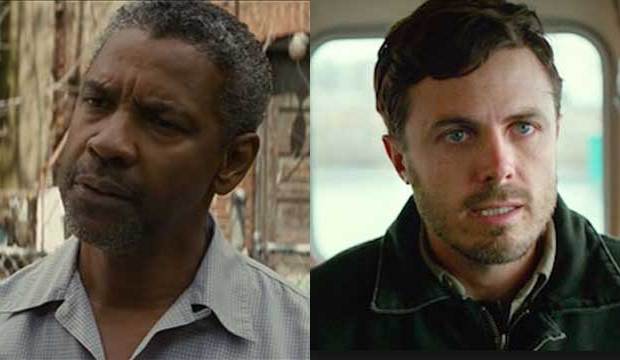 For me, it’s how in the world did my analysis of the Best Actor race prove to be so wrong? Back in January, I presented “Five reasons why Denzel Washington in ‘Fences’ will win the Best Actor Oscar over Casey Affleck in ‘Manchester by the Sea.’” After Washington prevailed at the usually indicative SAG Awards, I thought that the Academy Award was as good as his. You can only imagine my surprise when presenter Brie Larson opened the envelope and declared Affleck the winner. (Hardly the final – or biggest – shock of the night, of course.)

Miraculously, I somehow managed to tie for first place (along with Joyce Eng and Michael Musto) out of the 30 brilliant Gold Derby experts who predicted the Oscar winners this year. Granted, that’s largely because my longshot pick “Arrival” came through for Sound Editing. (I literally screamed when that category was announced. My neighbors wanted to do some serious sound editing on me.) But if had listened to the overwhelming majority of Gold Derby users (the real Oscar experts) and gone with Affleck, I would have won Oscar Expert title outright.

I am now trying to figure out where I went wrong – so that I never make the same mistake again. And more importantly, never lead any innocent Derbyites astray.

Here are my five reasons why Washington lost the Oscar to Affleck.

1. Washington’s performance was just too over-the-top. In my original article, I acknowledged the fact that Washington essentially chewed the scenery for two hours. I actually viewed that as a plus. Has anyone ever lost an Oscar for overacting? It always seemed to me that the Academy preferred showy performances to subtle ones. Consider some key Best Actor victories from this century alone: Sean Penn in “Mystic River,” Philip Seymour Hoffman in “Capote,” Forest Whitaker in “The Last King of Scotland,” Daniel Day-Lewis in “There Will Be Blood,” Matthew McConaughey in “Dallas Buyers Club” and Leonardo DiCaprio in “The Revenant.” Did any of those men really hold back? But in hindsight, I suppose that Washington took it to a whole new level in “Fences.” Meanwhile, Affleck delivered such a beautifully restrained performance in “Manchester.” It captured the character perfectly and served the somber mood of the film. Voters were obviously in the mood for more understated acting, which in this case was clearly Casey.

2. Affleck won the majority of the pre-Oscar awards. For his role as a Boston-area janitor, Affleck pretty much cleaned up the precursor prizes. That includes top honors from the New York Film Critics Circle, the Boston Society of Film Critics, the National Society of Film Critics and the London Film Critics Circle – just to name a few. Then there were the televised Critics’ Choice Awards, the Golden Globe Awards and the BAFTA Awards. Yes, Washington won the coveted SAG trophy. And that’s proven to be a pretty strong bellwether in this category. But that’s the only major accolade that he won. We can’t assume that the SAG recipient is always going to repeat at the Academy Awards. The last time the SAG champion failed was thirteen years ago, when Johnny Depp in “The Pirates of the Caribbean: The Curse of the Black Pearl” fell to Penn in “Mystic River” at the Oscars. The streak was bound to end at some point. Flash forward an unlucky thirteen years and it’s Washington who suffered the curse.

3. The academy really liked “Manchester by the Sea.” In my conversations with Oscar voters, I detected some pretty strong resistance to “La La Land.” Many just didn’t feel that it was Best Picture material. Due to the movie musical’s success throughout awards season, I assumed that these “La La Land” detractors were in the minority. I should have paid more attention to them. Interestingly enough, I encountered more than a handful of Academy members who didn’t seem to get “Moonlight,” either. The one film that seemed to be universally respected was “Manchester by the Sea.” I even ranked it second in my Best Picture predictions, thinking that if “La La Land” somehow lost – it would be due to an unforeseen tidal wave by “Manchester.” Support for the film probably provided some significant coattails for Casey. “Fences,” meanwhile, was hardly seen as threat for the top prize. Voters knew that the film would produce a win for Best Supporting Actress Viola Davis. So those on the fence with the Best Actor choices might have dropped Denzel and helped sail Affleck home for the magnificent “Manchester.”

4, There were problems with Washington’s direction of “Fences.” The biggest issue that people had with the film was that it came off to much like the stage play. There was little effort to adapt it for the big screen. I heard a few academy members actually say that as brilliant as Washington was as an actor, he should have allowed someone else to take control of the lens. Many observers (including myself) expected Washington to score some major points for having directed “Fences” himself. Ultimately, those critical of Washington’s direction may have punished him on the Best Actor ballot, turning their support directly toward Affleck.

5, Washington wanted it just a little too badly. Okay, of course he wanted to win the Oscar. Everyone wants to win the Oscar. But Washington was just too obvious in displaying his desire to take another trophy. Remember his reaction when he lost to Affleck at the Golden Globes? Affleck so graciously referenced Washington’s Globe triumph for “The Hurricane” almost two decades ago, reciting his quote that “God is love” and proceeding to thank Denzel. “The Hurricane” star’s reaction? He couldn’t even muster a smile. Well, nobody likes a sore loser. Like a key misstep in a political campaign, that singular moment may have cost him the prize. A truly shrewd actor would have hid his emotions, and convinced the audience how thrilled he was to see his rival on stage. I don’t need to even mention his behavior at the February 26th Oscar-palooza. Washington already has two Academy Awards, for “Glory” and “Training Day.” He may wish to train his temperament if he ever expects a third shot at Oscar glory.