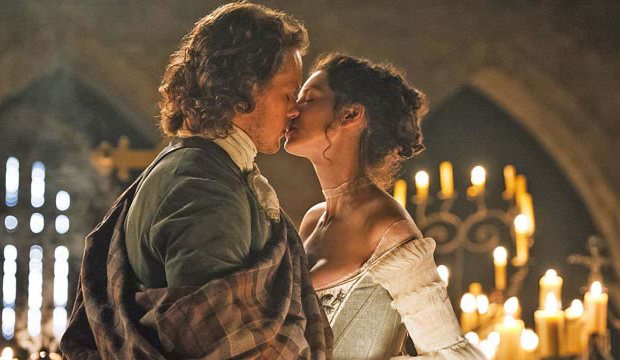 “Outlander” fans who can’t wait for the season three premiere on Starz in September should start lining up now outside the San Diego Convention Center for two appearances at Comic Con by stars Sam Heughan and Caitriona Balfe. The pair who play star-crossed lovers Jamie and Claire will take center stage in the ballroom at 5 p.m. on Friday July 21 and then sign autographs the next day.

Joining them on the Friday panel will be their co-stars Tobias Menzies, Sophie Skelton and Richard Rankin. Diana Gabaldon, who wrote the sweeping saga on which the series is based, will be there as will the show’s executive producers Ronald D. Moore and Maril Davis who adapted it for television. “World of Dance” host Jenna Dewan Tatum will moderate.

Expect loads of news about this upcoming season, which is based on “Voyager,” the third of eight books in the best-selling series. We know that Claire, who was pregnant by Jamie, raises their child with her husband Frank (Menzies). She is living in the 1960s while Jamie is dealing with the aftermath of the battle at Culloden, ever determined to be reunited with his one true love.

Are you excited for the new season of “Outlander” to finally debut? How did you survive the Droughtlander? And are you happy that “Outlander” just won Best Fantasy TV Series at the Saturn Awards? Be sure to sound off down below in the comments section.