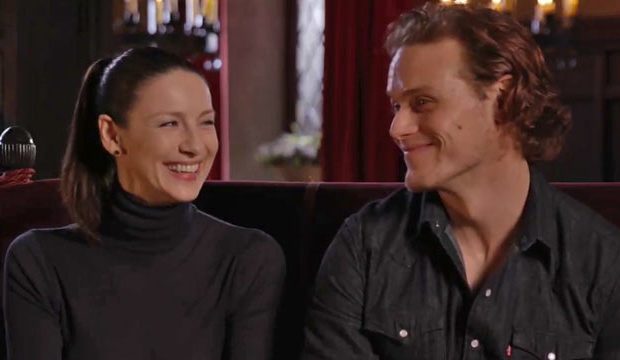 “Outlander” fans many have hated the seemingly never-ending Droughtlander between Seasons 2 and 3, but it turned out to be great news for the show’s ratings. The year-long anticipation for the new season has yielded amazing numbers so far, with the recently aired third episode, “All Debts Paid,” being the most-watched ever. Exactly 1.55 million viewers tuned in to Starz to watch Episode 3, topping the previous record holder, the Season 3 premiere, which nabbed 1.49 million viewers two weeks ago.

The fourth episode of “Outlander” Season 3 airs Sunday, October 1, once again starring Caitriona Balfe and Sam Heughan as time-traveling lovers Claire and Jamie. The title of the episode is “Of Lost Things” and it’s written by executive producer Toni Graphia and directed by Brendan Maher, who also directed the third and fifth hours of Season 3.

New cast member David Berry, who plays Lord John Grey, has joined the show at exactly the right time. As for how he got cast in the important role from Diana Gabaldon‘s book series, Graphia recently revealed, “We chose David Berry to play John Grey [because] he had the right combination of very good-looking and a little bit of aristocratic looks, like the son of a wealthy family.” The writer of Episode 3, Matthew B. Roberts, then added, “He’s just a really good actor, that’s the one thing.”

To see what we thought of “All Debts Paid,” be sure to watch our fun video recap. The episode is causing a divisive reaction from fans because of the way it killed off an important main character. Are YOU happy with the way the show handled the big death? Sound off down in the comments section.