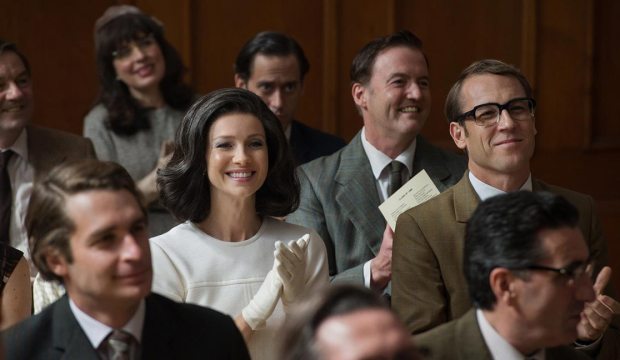 Let the countdown begin. The long-awaited Season 3 premiere of “Outlander” is set for Sept. 10 on Starz. As the final episode of season 2 aired at the end of July last year, that has meant an agonizing 14-month wait for fans to find out what will happen to star-crossed lovers Claire (Caitriona Balfe) and Jamie (Sam Heughan).

There will be 13 episodes in this upcoming season which is based on “Voyager,” the third of eight books in the best-selling series. We know that Claire, who was pregnant by Jamie, raises their child with her husband Frank (Tobias Menzies). She is living in the 1960s while Jamie is dealing with the aftermath of the battle at Culloden, ever determined to be reunited with his one true love.

Balfe, Heughan and company spent almost a year filming season 3, first in Scotland and then in South Africa. The latter location is substituting for the Caribbean and the production made use of the sets for another Starz period piece, “Black Sails.”

The good news is that production on season 4 is to start this summer, which should mean a shorter gap between the seasons as the story heats up even more. Are you excited for the new season of “Outlander” to finally debut? How did you survive the Droughtlander? And are you happy that “Outlander” just won Best Fantasy TV Series at the Saturn Awards? Be sure to sound off down below in the comments section.