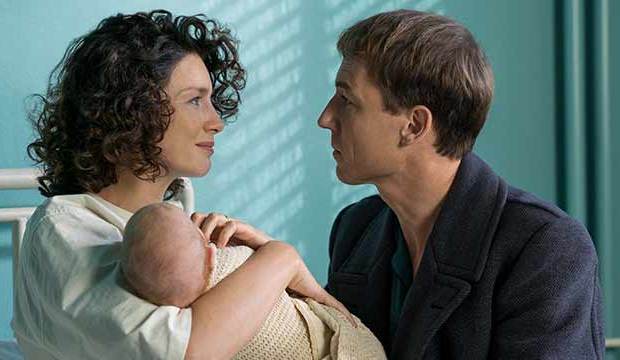 On July 18 “Outlander” released the full trailer for its upcoming third season, which premieres on Starz this September 10. It’s been more than a year since season two of the series ended last July 9, so fans have been desperately waiting for the “Droughtlander” to finally be over. And they responded to the preview on Twitter with rapturous applause.

Star-crossed lovers Jamie (Sam Heughan) and Claire (Caitriona Balfe) have had to wait much longer than a year to see each other again. When last we left them Claire had returned to the 20th century for the sake of their unborn child. Twenty years later their daughter, Brianna, is a grown woman, and she and Claire are both determined to get back to the 18th century to find Jamie.

It’s probably safe to assume Claire and Jamie will find each other again, or else it wouldn’t be much of a series. But how long will it take? How many episodes will fans have to wait before the “heart-stopping” reunion. If you’ve already read Diana Gabaldon‘s novels on which the show is based then you probably have a good idea of the answers to these questions — unless the show throws us a curve ball. Check out some of the fans’ excited Twitter responses below, and discuss this and more with your fellow “Outlander” fans in our forums.

Deborah Franco (@newenglandgirl): “Can anything or anyone keep them apart?”

Don’t Trip (@TrynaBm2): “I think we might have to wait a couple of episodes, but they will reunite.”

AndrejaS (@odyssey158): “Not immediately, but definitely [will reunite]. Looking forward to [it].”

DISCUSS‘Outlander’ with Hollywood insiders in our notorious forums