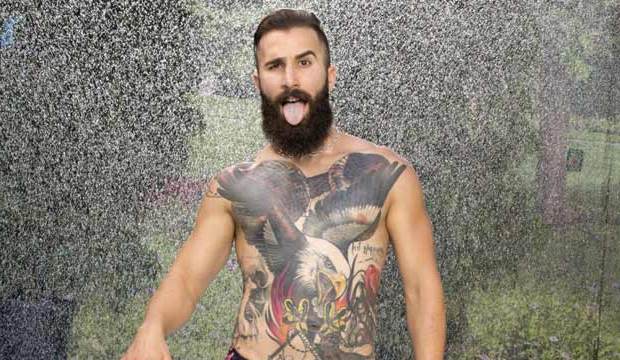 Paul Abrahamian has become a dominant presence on Season 19 of the CBS reality TV program “Big Brother,” but are fans actually happy to see last year’s runner-up return to the house? It’s always controversial when players from previous seasons get a second chance at the top prize, but this year viewers seem especially conflicted over the amount of airtime dedicated to the 24-year old clothing designer. So, you tell us! Are you happy “your boy” Paul is back, or are you over “The Paul Show” that this season has become so far? Vote in our poll below and then make your “Big Brother” 19 predictions for a chance to win a $100 Amazon gift certificate. It’s fun and easy, so start predicting right now.

Paul rose to reality fame during Season 18, when the bearded wonder executed a remarkable social game that took him from being an early target to a finalist. By showing off his over-the-top sense of humor, wearing an inflatable duck around his waist, and constantly referring to “friendship,” Paul endeared himself to his fellow houseguests as well as millions of viewers at home. But despite his bubbly personality and the fact that he won the final Head of Household (HOH) competition, Paul ended up losing the $500,000 prize to Nicole Franzel in a nail-biting 5-4 vote. See the “Big Brother” winners list below.

Fast-forward one year and Paul is back, injecting the same enthusiasm into the house with a bit more confidence in his game play. Initially, viewers seemed content with his return, but Paul’s charm has begun to wear off with some fans believing he has had an unfair advantage from the get go. Paul can thank 55-year old Kevin Schlehuber for his return. The stay-at-home father from Boston triggered Paul’s game-changing entrance when he accepted a $25,000 temptation in the first episode, allowing Paul back into the house and ending the game for Cameron Heard.

Upon entry, Paul appeared to already have fans within the house, but one in particular was not happy: Cody Nickson. Cody quickly made it clear that he was not comfortable with a former runner-up charming his way through the summer again. And after winning the season’s first HOH competition, Cody quickly put his target on Paul, despite the advice of his alliance. Once Cody finally had the opportunity, he ordered Paul to take a seat on the block for eviction, but Paul had swayed viewers once again, earning him a special “pendant of protection” that kept him safe.

For the first time ever, “Big Brother” revealed that their “summer of temptation” would include a “Den of Temptation.” Each week, America votes for their favorite player to be offered a temptation that will give them an advantage in the game. But a consequence goes along with it and could possibly wreak havoc on the house. Paul won the first vote, and many argue he had an unfair advantage since he was the only houseguest viewers were actually familiar with. Regardless, the prize was huge, earning him an unprecedented three weeks of safety. That safety allowed him to breathe easy and form relationships with others while none of them even had a reason to bring his name up for eviction.

After ruining Cody’s plan to eliminate him, Paul followed it up by winning the following week’s HOH and Power of Veto competitions. By far he has been the most featured houseguest in the diary room, and the entire season thus far has appeared to be centered on the returning veteran. So what do viewers like you think of Paul so far this summer? Are you happy he is back in the house? Do you wish another houseguest had returned instead? Or should “Big Brother” stop bringing former players back to compete unless it is an All-Star season? Vote in our poll below and sound off in the comments!