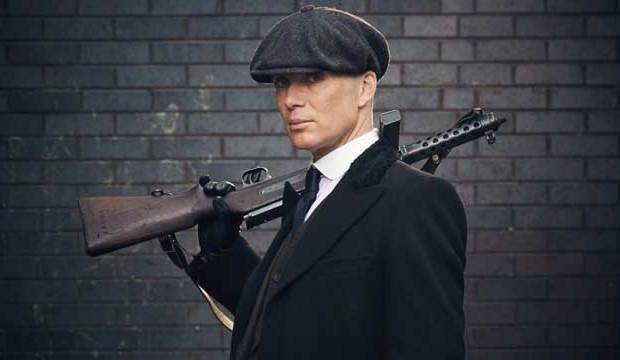 Season 4 of the British crime drama “Peaky Blinders” begins on the BBC on Nov. 15 and is expected to stream on Netflix later this year just as the six episodes wrap up in England. Cillian Murphy returns as the gangster Tommy Shelby who is under increasing threat from both those within the gang and rivals in the criminal underworld. Remember season 3 ended with the arrests of Tommy’s family.

The last we saw of Tommy Shelby‘s brothers Arthur (Paul Anderson) and  John (Joe Cole) as well as his cousin Michael (Finn Cole) and aunt Polly (Helen McCrory) was them being led away in handcuffs. Tommy is isolated and leaves his hide-out in the country to face down the threats back home in Small Heath, Birmingham.

We do know that Oscar winner Adrien Brody (“The Pianist”) has joined the cast in a part that series creator Steven Knight wrote just for him. And back for more misadventures is Tom Hardy (“The Revenant”) as Shelby’s rival Alfie Solomons as well as Hardy’s real-life wife Charlotte Riley as May, who will train Tommy’s racehorse.

No word on when the fifth and final season will air. Knight has said that he would like the final shot of the whole series, which is currently set in the late 1920s, to be the first sounding of the air raid siren as World War II approaches.