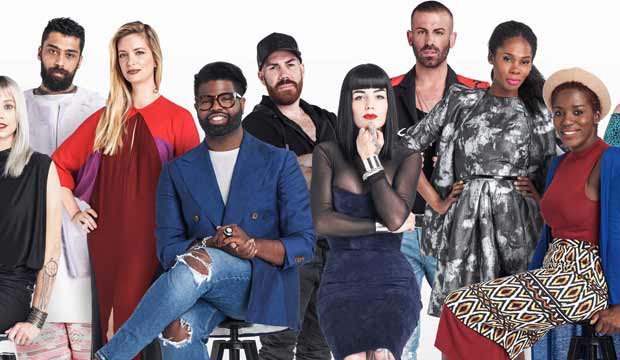 All the contestants on “Project Runway All Stars” have competed on the series before in some form or another, but season six will feature a “Rookies vs. Vets” twist in which half of the 16 contestants have competed as “All Stars” before, while the other half are first-timers on this spin-off series. But while all of this year’s contestants have “Runway” experience, we’re guaranteed to have a brand new winner since none of this year’s competitors have ever prevailed before in any version of the series. So who do you think will win? The season premieres on Thursday night, January 4, and you can now make your predictions for who will claim the title and who will be eliminated first.

Then there are eight “rookie” designers who are making their first “All Stars” appearances: Kimberly Goldson (regular season nine), Amanda Valentine (regular seasons 11 and 13), Stanley Hudson (regular season 11), Char Glover (regular season 13), and a quartet of contestants from season 14: Kelly Dempsey, Edmond Newton, Candice Cuoco, and Merline Labissiere. Those season 14 contestants represent the top-five finishers from that competition, save that season’s winner Ashley Nell Tipton. So they’re all looking for redemption from their very near-misses just two years ago.

But they’re not the only ones. In addition to season 14’s Dempsey there are three other contestants who have finished as runners-up but never winners. Valentine came in second in season 13 of the regular series. Costa was second in season 10, and McKinley was the runner-up in season nine. But only one designer can win “Project Runway All Stars,” so who will it be?