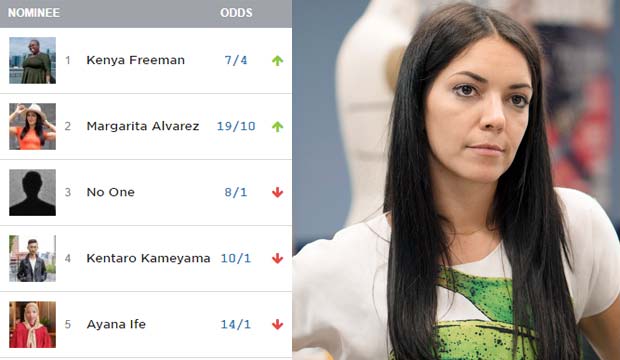 There isn’t much time left in season 16 of “Project Runway.” We’re down to the final five designers, and the judges have made it clear in recent weeks that no one is really safe. In “A Little Avant Garde” they eliminated two contestants instead of one: Batani-Khalfani and Amy Bond. Then in “Driving Miss Unconventional” they sent home Michael Brambila despite the fact that he had just won his second design challenge the week before. This week our readers aren’t sure what to expect.

Freeman was in this position in our predictions last week, but not only was she not eliminated she also got one of the high scores from the judges. That was her sixth high score of the season, which is more than any other contestant except frontrunner Brandon Kee, who has had a high score seven times this season, including two wins. But Freeman has yet to win a design challenge, and she’s the only remaining contestant who hasn’t won.

Alvarez won the “Ultimate Faceoff” challenge, and she has had three other high scores this season, including for the last two weeks in a row, so she certainly has momentum on her side, but that might not mean much. All it takes is one bad night. As host Heidi Klum always says, “One day you’re in, and the next you’re out.”

Click on the graph below to see more detailed prediction stats for tonight’s show, and let us know what you think will happen in our forums. 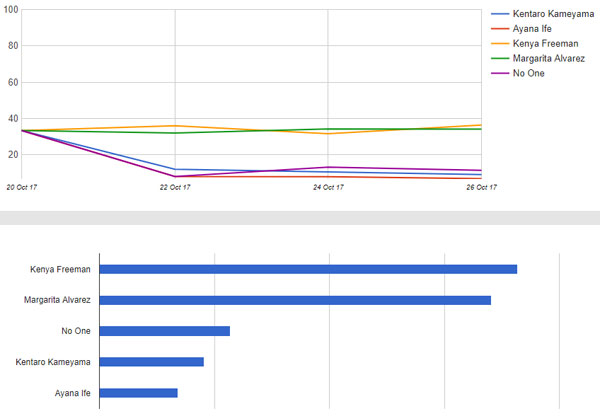