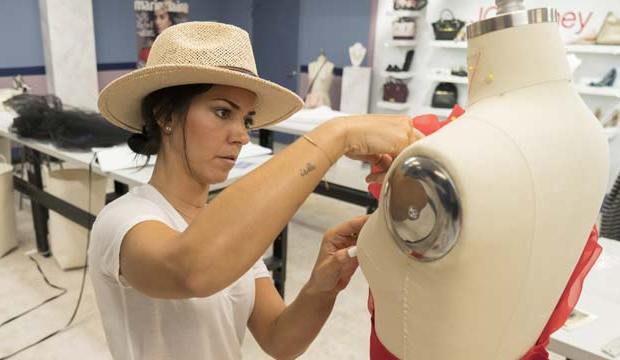 Tim Gunn went almost the entire season of “Project Runway” without using his Tim Gunn Save, which vetoes the judges when he disagrees with their decision of who to eliminate. The Save was discussed by the contestants in last week’s episode, “Driving Miss Unconventional,” so it looked like he might rescue Michael Brambila from the chopping block at the end of the night, but he let Brambila go. However, with time running out before the end of the season, Gunn finally did decide to overrule a judges’ call by saving Margarita Alvarez in this week’s episode, “Warrior Fashion.” Did you agree with his choice? Scroll down to vote in our poll at the bottom of this post.

This week’s episode tasked the final five contestants with designing looks for “warrior women” who had survived cancer. When all was said and done it was Brandon Kee who won the design challenge, with Ayana Ife and Kenya Freeman also receiving praise, but the judges were less fond of the looks created by Alvarez and Kentaro Kameyama. It was the third time receiving a low score for both of them, and the second time in a row for Kameyama, but it was Alvarez who they decided should be out, even though she received high scores in the last two challenges. But Gunn didn’t think she deserved to be sent home and used his power to save her.

Did he make the right call? Gunn had saved his Save for so long that it seemed like he might not use it at all. But was Alvarez the right contestant to benefit, or should he have used to it sooner for another designer? Let us know by voting below, and go here to predict who will be eliminated next week.