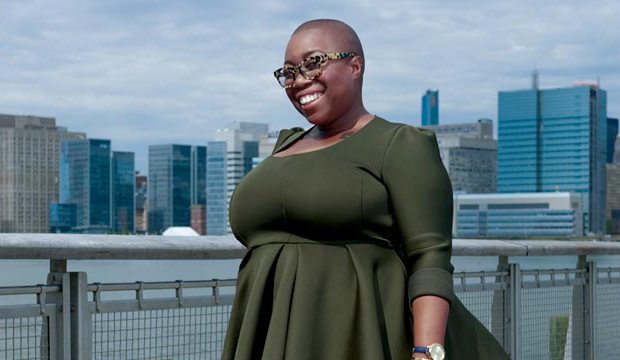 The “Project Runway” judges made an unprecedented decision in season 16. After the final regular design challenge of the season, “There’s Snow Business Like Sew Business,” they let all five contestants advance to the final round to design 10-look collections for New York Fashion Week. But then after those five designers previewed their looks for the judges in “Finale, Part 1,” the judges decided to cut Kenya Freeman, which means she won’t get to show off the looks she created on the Fashion Week runway. “Project Runway” fans didn’t agree with that decision.

We asked our readers what they thought of Freeman’s elimination, and the results were overwhelming: she did not deserve to be eliminated. Only 18% of respondents agreed with the judges’ decision to oust her from the competition at the last minute. Meanwhile, a whopping 67% felt that, while she wasn’t the best designer in the competition, she still deserved a chance to show at Fashion Week as she had longed to do. The last 15% of readers said that she should have gone to Fashion Week, and she should have won the competition too.

Read some of our readers’ impassioned comments below, then scroll down to see the complete poll results.

AT: “I am so terribly disappointed that Kenya got eliminated. I feel the judges bypassed her for wins at least 3 times. Margarita is not nearly as strong a designer in concept, execution or taste, but she gets to go to Fashion Week … I think not.”

Rosa Johnson: “If you really looked closely, Kenya’s looks weren’t anything we haven’t seen before. ‘Runway’ should be something different and standout … Love Kenya, but her two looks were something I’ve seen before.”

Illya: “I was sooo sad Kenya was eliminated. I frankly thought Margarita or Kentaro should have been eliminated. Margarita was a wasted save by Tim Gunn. The designers were really good this season. Please bring Kenya back, she was so great for the show.”

Patricia Hansen: “Kenya did not deserve to be eliminated. Her designs in total were a force to be reckoned with. The judges are caught up in the ‘now’ … the ‘new’ … .the ‘fresh’ but definitely not caught up in the majority of women who purchase clothes.” 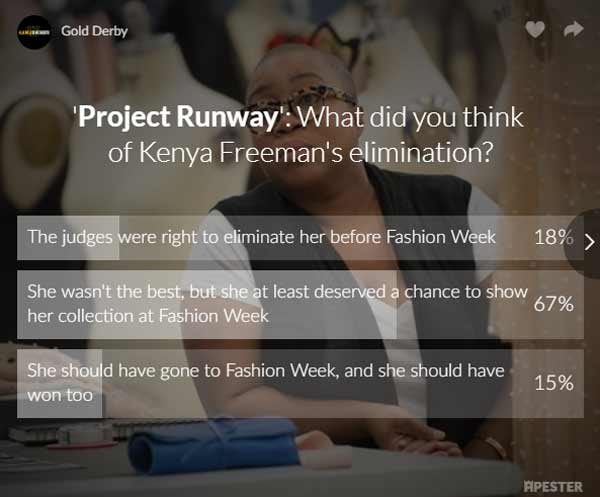