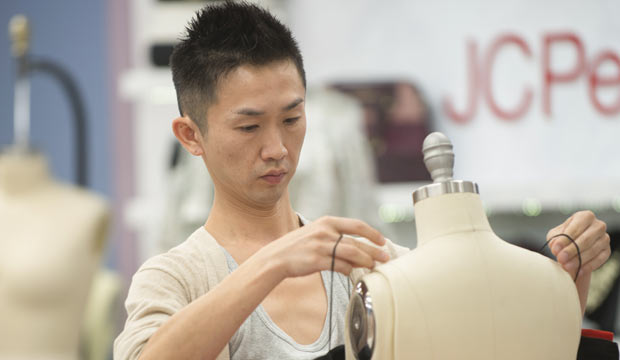 Kentaro Kameyama had a pretty up-and-down run in “Project Runway” season 16. He received four high scores in design challenges over the course of the competition, including a win in the episodes “Models Off Duty.” But he also got three low scores, two of which came in the home stretch, and his two-look preview of his collection to the judges in “Finale, Part 1” received decidedly mixed reviews. So the momentum was not on his side. That’s why it was so shocking when “Finale, Part 2” ended with Kameyama named the winner. Did you agree with that outcome? Scroll down to vote in our poll at the bottom of this post.

Suffice it to say that our users didn’t see that coming. In fact, Kameyama finished dead last in our predictions, trailing with 40/1 odds, which translated to a mere 2.7% chance of winning. Even the judges might not have expected so much from him given their ambivalence about his preview, Tim Gunn‘s concern that his collection wasn’t cohesive enough, and Kameyama’s own resignation that he probably wasn’t going to win anyway.

It was hard to gauge the reaction to Kameyama’s collection during the actual runway show. “You could hear a mouse fart in that room,” said host Heidi Klum about the stunned silence of the crowd at New York Fashion Week. they might have been stunned in a good way or a bad way, but it turned out that Klum, Zac Posen, and Nina Garcia loved the collection he produced. “Wow this is beautiful, wow this is stunning, wow this is different,” Klum added about her reactions to each piece. “I think you surprised us all,” said Garcia. That he did.