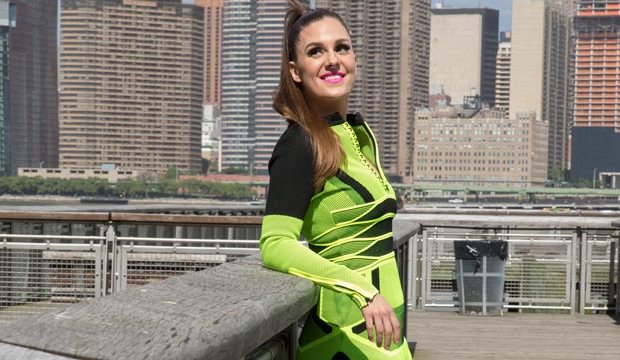 “Project Runway” ends season 16 tonight by crowning one of its final four contestants as the winner: Margarita Alvarez, Ayana Ife, Kentaro Kameyama, or Brandon Kee. So in preparation for the season finale we asked our readers to take a look back at the 13 weeks that came before and let us know what moment shocked them the most in this topsy-turvy competition. Unsurprisingly, their pick for the wildest moment involved the Buitendorp twins, but it might not be the moment you think. Scroll down for the complete poll results.

Arguably the biggest drama in season 16 came when Michael Brambila stormed off the runway in “Client on the Go” to protest Claire Buitendorp winning the design challenge. The judges dismissed Brambila’s complaint that Buitendorp had plagiarized her designs, but when it was revealed that she broke the rules by using design supplies outside of the workroom Tim Gunn had no choice but to disqualify her on the spot. That was certainly shocking, but only 30% of readers thought it was the most shocking moment.

Instead, 48% of readers picked the moment in “Models Off Duty” when the judges eliminated Samantha Rei instead of Buitendorp, who had been in the bottom two. The judges thought Rei’s look lacked originality, but even at the time our readers strongly disagreed with the decision. Then as the season progressed Claire and her twin sister Shawn Buitendorp continued to rub the rest of the contestants the wrong way until Shawn was eliminated and Claire was disqualified in back-to-back challenges.

Do you agree with our readers’ choice for the season’s most shocking moment? Check out the complete results below, and you can keep voting here. 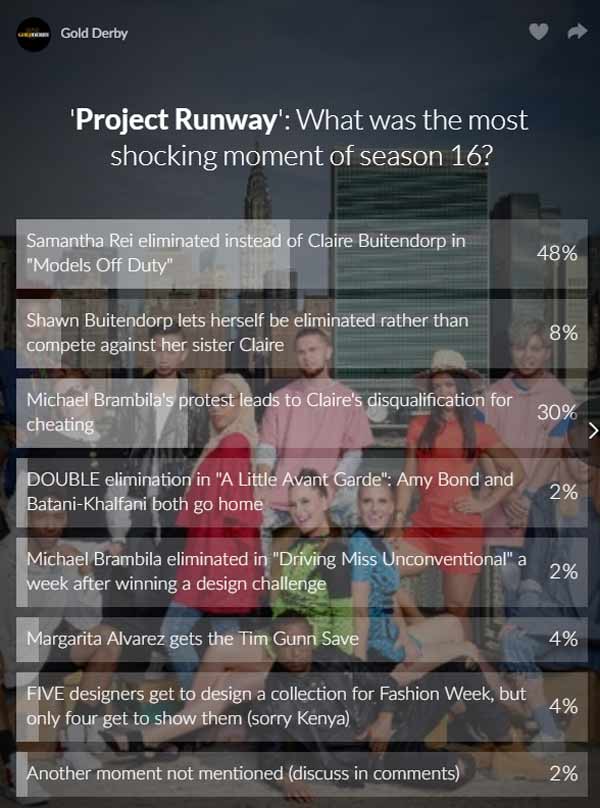