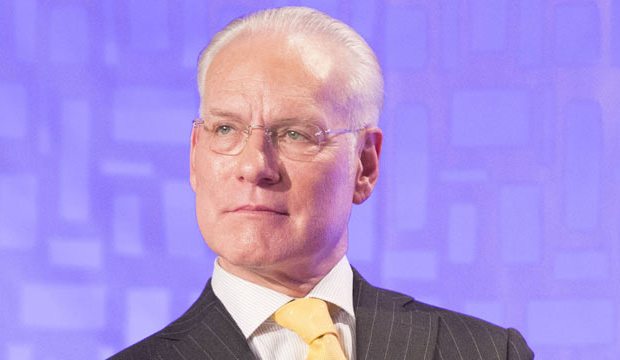 It was a bit of a surprise when designer Michael Brambila was eliminated from “Project Runway” in last week’s episode “Driving Miss Unconventional.” He has just won his second design challenge the previous week, and in this challenge he was up against Kentaro Kameyama‘s stereotypical Native American costume and Kenya Freeman‘s high-scoring seat-belt dress which had a broken zipper. Not everyone agrees that he should have lost the challenge at all, but regardless, should Tim Gunn have used his save?

We asked our readers who really should have been eliminated after that unconventional-materials challenge: 47% said Brambila, 27% felt it should have been Kameyama, and the last 26% thought it should have been a designer who wasn’t in the judges’ bottom two (scroll down for the complete results). But many of our respondents who commented also wondered why Gunn didn’t use his veto power to overturn the elimination. It was discussed by the contestants during the episode that Gunn had gone the whole season without saving anyone. And by including those comments in the show the editors seemed to be signaling that this might be the week it finally happened. But alas, no.

It would have made sense for Gunn to rescue Brambila. After all, he was one of only two designers in the entire competition to have won two design challenges — the other is Brandon Kee, the frontrunner to win. And before his unfortunate bungee-cord dress he had only been among the lowest-scoring designers once before. Did he deserve a chance to redeem himself? Check out some of our readers’ comments below.

Tracy: “I thought Tim Gunn would use his save for Michael. He certainly deserved another chance. He is very talented and a great designer. Everyone has a bad day depending on the challenge.”

Betty: “I thought Tim Gunn would use his save. I liked his design better than [Kenya Freeman’s] ‘little black dress.'”

marie robbins: “I thought he deserved to be eliminated. It was a ugly dress.”

Suz: “That was a horrible design, and he should be ashamed sending the model on the runway wearing that. No, Tim shouldn’t have saved him. His time was over.”

COLBY CHANDLER: “They [eliminated Brambila] because he called them out on their BS with the twins who cheated from day one! I lost respect for the judges altogether.”

Mary Chavez: “Tim Gunn should have saved Michael. Did you decide not to save him because he exposed the twins? For shame ‘Project Runway’!” 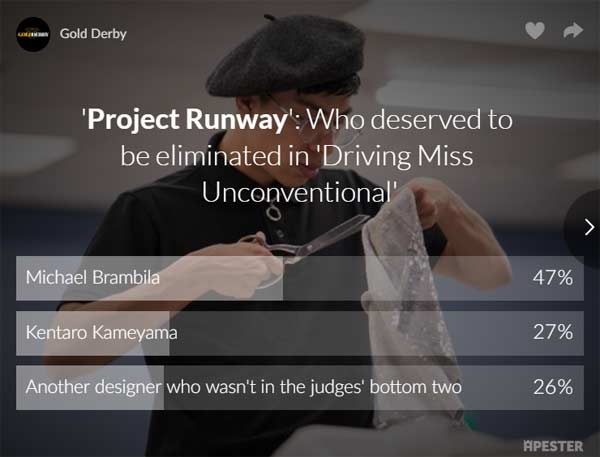