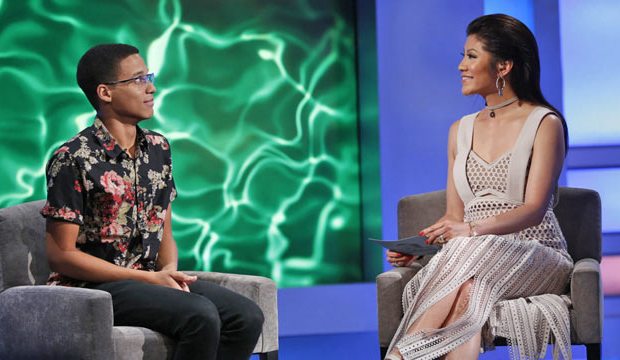 By a vote of seven to three, Ramses Soto was blindsided on Thursday’s “Big Brother” instead of Josh Martinez, who was the real target of Head of Household Jessica Graf. (Read our recap here.) When “Big Brother” host Julie Chen asked Ramses why he thought he was eliminated, Ramses responded, “Paul Abrahamian is running the show. I mean, props to him. I know that 100%.” Hurry — make your “Big Brother” 19 predictions for a chance to win a $100 Amazon gift certificate. It’s fun and easy, so start predicting right now.

Ramses admitted that he didn’t throw in the towel, telling Chen, “I was working really hard. I was making sure that I got those votes. But I feel like other people already had really good links that they had already been working together from the beginning of this game. And once I tried to get to them, it really didn’t work out as well as I thought.”

His strategy in the game was to “just be friends with everybody.” Ramses did try to stay super close with one person — Jillian Parker — but she was unfortunately sent home early in the game which left him all alone. “There was a point where neither side of the house were really on my side,” he continued.

Since Ramses is a self-described super-fan of “Big Brother,” how did the game live up to his expectations? “It’s weird because you’re in there and I’m just in a house with a bunch of people. It does not feel like, ‘Oh my God, I’m on Big Brother!’ You’re there and you have to actually socialize and you have to make sure that you have game play to do what you need to do to get to the end, and I just feel like I lacked in that area.”