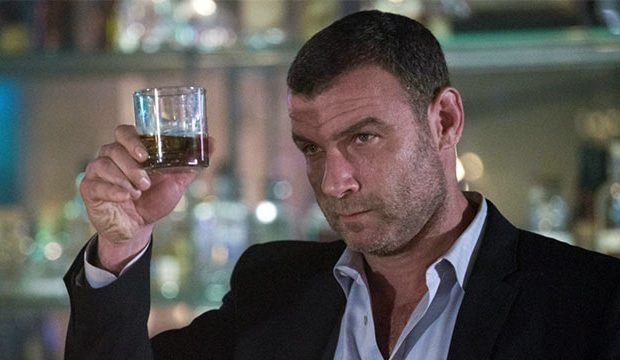 After scoring a single Emmy nomination for each of its first two seasons, “Ray Donovan” reaped five noms last year for its third season, including a Best Drama Guest Actor win for Hank Azaria in the role of FBI Agent Ed Cochran. This haul caught awards pundits off guard and begged the question in hindsight of how close the Showtime mob drama was to a Best Drama Series nomination.

With “Downton Abbey” having been nominated for its final season last year and “Game of Thrones” taking an extended hiatus, there are two open slots for Best Drama Series this year; will the fourth season of “Ray Donovan” fill one of them?

Those latter two nominations are demonstrative of the support for the show among Emmy voters because they came in broad-based categories typically reserved for the TV academy’s overall favorite shows. Had it contended for the likes of Best Makeup, Best Stunt Coordination or Best Visual Effects, such recognition would not have spoken to its Best Drama Series chances; “Game of Thrones” was the only Best Drama Series nominee up for any of those awards last year.

Dish the fourth season with Hollywood insiders in our notorious forums

That directing nomination for “Ray Donovan” was especially curious because of who it recognized. With respect to David Hollander, his name does not carry the same weight as that of Soderbergh. Hollander was nominated for the season finale, which was actually his directorial debut on “Ray Donovan,” as well as only the third series that he had ever directed, following “The Guardian” from 2002 to 2004 and “Heartland” in 2007.

Hollander was not the only “Ray Donovan” director on the Emmy ballot. Colin Bucksey, who had won Best Movie/Mini Directing for “Fargo” the year before, submitted the season premiere. There are two reasons why Hollander was nominated over Bucksey and both reflect well on Emmy voters being fans of “Ray Donovan.” Firstly, the third season finale was a standout episode — the standout of the series actually, as it remains the series’ highest-rated episode on IMDb. Secondly, Hollander might not be a regular director of “Ray Donovan,” but he is the showrunner. If directors’ branch members wanted to pay their respects for the series, he would be the natural choice. That Hollander was nominated over Bucksey — and that “Ray Donovan” overcame vote-splitting to get a directing nomination at all — speaks to its stature in the industry.

In addition to Best Drama Series, “Ray Donovan” could reap a bid for Best Drama Supporting Actress. With “Downton Abbey” and “Game of Thrones” out, there are four open slots in that category and Paula Malcomson fits the mold of returning contenders Maura Tierney (“The Affair”) and Constance Zimmer (“UnReal”) in that she is a respected character actress due for recognition after decades of working in television. Before playing the long-suffering wife of Ray Donovan, Malcomson was best-known for her regular role on “Deadwood”; she has also recurred on such notable shows as “ER,” “Lost” and “Sons of Anarchy.” This season, her character Abby Donovan was diagnosed with cancer, giving Malcomson meatier material than ever.

Will “Ray Donovan” Season 4 be nominated at the Emmys? Use the Gold Derby predictions center to log your predictions now before the nominations announcement on July 13 and also predict other awards, like the Tonys. You can also predict reality shows and compare your picks and results with experts and other users from across the world, so go on and get started!