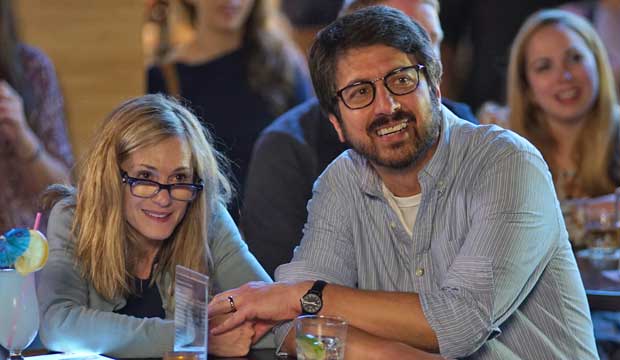 Are we underestimating Ray Romano at the Oscars? He’s featured in “The Big Sick,” one of the most acclaimed films of the year, in a role that gives him a prominent performance showcase. He plays Terry, whose daughter Emily (Zoe Kazan) has a medical emergency that leaves her in a medically-induced coma. During her convalescence he forms a bond with Emily’s ex-boyfriend Kumail (Kumail Nanjiani). But Romano is currently considered an underdog for a Best Supporting Actor nomination.

As of this writing Romano ranks 11th in our combined predictions for Best Supporting Actor with 100/1 odds, based on the forecasts of all users at Gold Derby. He’s doing a little better when you consider just the Expert film journalists we’ve polled, who place him 10th with 66/1 odds. Three out of the 24 Experts actually do think he’ll make the cut: Tim Gray (Variety), Kevin Polowy (Yahoo), and Brian Truitt (USA Today).

But those odds nevertheless suggest he still has ground to cover if he wants to make the academy’s top five in the category. What’s unusual, though, is that his co-star and primary scene partner Holly Hunter, who plays his wife Beth, is a much stronger contender for Best Supporting Actress, ranking third overall with 15/2 odds.

So why the disparity? There may be a couple of legitimate reasons for the divide even though they carry roughly equal weight in the film. For starters, a number of this year’s biggest Best Picture contenders are chock full of supporting male actors, but not as many supporting female roles. Consider male-driven films like “Dunkirk,” “Darkest Hour,” and “Call Me by Your Name.” Even a couple of the biggest awards contenders led by women — “Three Billboards Outside Ebbing, Missouri” and “The Shape of Water” — have more strong Supporting Actor contenders than Supporting Actress contenders. That means Romano has a more crowded field of rivals to contend against than Hunter does.

There’s also the fact that Hunter is already well established at the Oscars. She has earned four nominations to date, winning Best Actress in 1994 for “The Piano.” So if voters in the academy’s actors branch want to rally behind a performance in the film, Hunter’s seems the likeliest on paper.

Additionally, one might expect that Oscar voters will be biased against “Everybody Loves Raymond” star Romano as a comedian from the world of TV. But that hasn’t hurt other actors with TV sitcom credits from earning Oscar attention, like Woody Harrelson, Jamie Foxx, Mo’Nique, Steve Carell, and, you know, that promising up-and-comer Tom Hanks. For that matter, this year’s two frontrunners for Best Supporting Actress — Laurie Metcalf (“Lady Bird”) and Allison Janney (“I, Tonya”) — are Emmy winning sitcom stars just like Romano.

And though Oscar voters may not yet be familiar with Romano, his TV work has earned him recognition from a couple of the awards groups you usually need on your side on the road to the Academy Awards. He earned two Golden Globe nominations for Best TV Comedy Actor for “Everybody Loves Raymond” (2000-2001) and 12 SAG Award nominations including bids for Best Comedy Actor and Best Comedy Ensemble (which he won with his co-stars in 2003). If he’s a hit at both of those events for “The Big Sick,” that will go a long way towards improving his odds.

Do you agree that we’re underestimating Romano for an Oscar nomination?