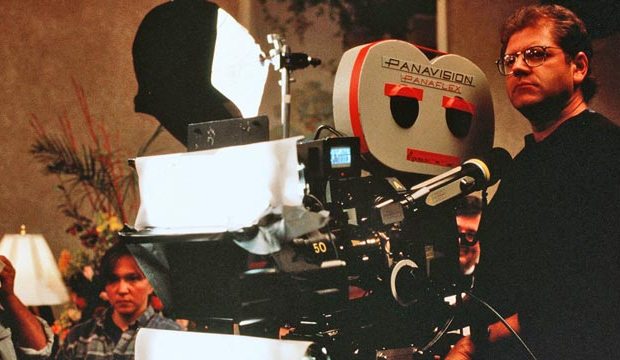 Robert Zemeckis has been making films for nearly 40 years, including his latest movie “Allied” starring Brad Pitt and Marion Cotillard. While he might not be a household name, chances are you’re familiar with at least a few of his films. His directorial achievements have been inventive (“Back to the Future”), romantic (“Romancing the Stone”), heartwarming (“Forrest Gump”), and thrilling (“Flight”). Click through our photo gallery above highlighting Robert Zemeckis’ Top 10 movies.

“Allied,” which is now available on Blu-Ray, tells the story of two spies, Max Vatan (Pitt) and Marianne Beausejour (Cotillard), that meet on a mission during WWII and fall in love. Once married, Vatan is informed his wife might be a double agent. While the film did not score any above the line nominations it did score a Best Costume Design bid for Joanna Johnston.

Zemeckis’ films have won 11 total Oscars in all:

“Back to the Future” (1985)
Best Sound Effects Editing

Zemeckis was nominated at the Oscars with Bob Gale for their original “Back to the Future” script; they lost to the “Witness” scribes. Hanks earned another Best Actor nomination for his work in “Cast Away” (2000) and Denzel Washington contended in that category for “Flight” (2012). And Hank’s co-star in “Forrest Gump,” Gary Sinise, reaped a Supporting Actor bid.

'News' you can use: Helena Zengel on track to be next Oscar nominee to get the Tom Hanks Bump