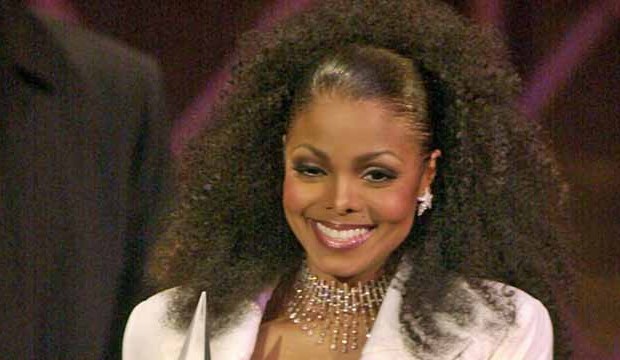 It came right down to the wire, but Janet Jackson is the next female artist you desperately want inducted into the Rock and Roll Hall of Fame. Jackson just nips Pat Benatar for our recent poll featuring 12 women who have patiently been waiting for induction. With over 1,400 voters marking their favorite choices in the poll, Jackson received 26% while Benatar managed a close 24%.

Jackson has watched as her brothers, The Jackson 5, have already joined the HOF. Her superstar brother Michael Jackson was also inducted as a solo artist.

SEEHold on! You now want Bon Jovi inducted into the Rock and Roll Hall of Fame over The Monkees [Updated Poll Results]

Our other recent poll (see complete results above) asked about your favorite choice for a band which should be inducted. Bon Jovi barely edged out The Monkees. This newer poll offered a dozen women who aren’t exactly brand new to the official ballot but who strongly deserve consideration. A poll about snubbed male artists will be coming up soon.

Here are descriptions of the 12 women in our poll and their voting percentages:

JANET JACKSON (26%)
Eligible since 2007. Top songs include “Control,” “Escapade,” “Nasty,” “Rhythm Nation,” “What Have You Done for Me Lately.” Nominated for 26 Grammy Awards with five wins.

PAT BENATAR (24%)
Eligible since 2004. Top songs include “Heartbreaker,” “Hit Me With Your Best Shot,” “Love Is a Battlefield,” “We Belong.” Nominated for nine Grammy Awards with four wins.

TINA TURNER (7%)
Eligible since 1998 (inducted with Ike and Tina Turner in 1991). Top songs include “I Don’t Wanna Fight,” “Private Dancer,” “We Don’t Need Another Hero,” “What’s Love Got to Do With It?.” Nominated for 20 solo Grammy Awards with seven wins.

STEVIE NICKS (6%)
Eligible since 2006 (inducted with Fleetwood Mac in 1998). Top songs include “Edge of Seventeen,” “Stand Back,” “Stop Draggin’ My Heart Around,” “Talk to Me.” Nominated for eight solo Grammy Awards with no wins.

WHITNEY HOUSTON (2%)
Eligible since 2009. Top songs include “Greatest Love of All,” “How Will I Know,” “I Will Always Love You,” “I Wanna Dance With Somebody.” Nominated for 26 Grammy Awards with six wins.

CYNDI LAUPER (1%)
Eligible since 2008. Top songs include “All Through the Night,” “Girls Just Want to Have Fun,” “Time After Time,” “True Colors.” Nominated for 16 Grammy Awards with two wins.

CARLY SIMON (1%)
Eligible since 1996. Top songs include “Anticipation,” “Mockingbird,” “Nobody Does It Better,” “You’re So Vain.” Nominated for 15 Grammy Awards with two wins.

DIONNE WARWICK (1%)
Eligible since 1988. Top songs include “Alfie,” “I Saw a Little Prayer,” “I’ll Never Love This Way Again,” “Walk On By.” Nominated for 14 Grammy Awards with five wins.

Rock and Roll Hall of Fame poll: Who is the snubbed female artist most deserving of 2020 induction?

Rock and Roll Hall of Fame: Every performer, every song, every presenter for tonight's HBO show

Rock and Roll Hall of Fame 2019: Who will present and who will perform this weekend?