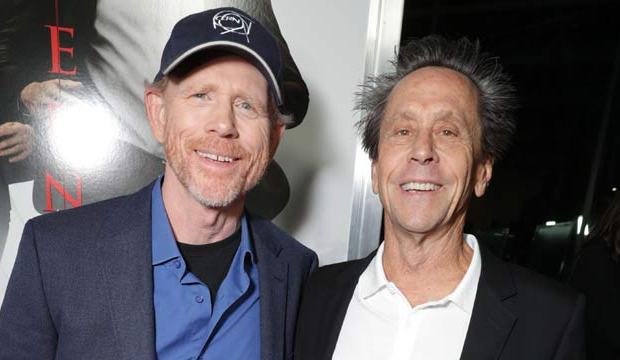 Director Ron Howard and producer Brian Grazer are just a Tony Award away from joining the exclusive EGOT club. They each won a Grammy Award on Sunday in the Best Music Film category for the documentary ‘The Beatles: Eight Days a Week – The Touring Years. Now they just need to find a Broadway project that brings them theater’s top honor to join the elite group of just 12 people who have won the grand slam of Hollywood awards: the Emmy, Grammy, Oscar, and Tony.

The partnership between Grazer and Howard has been a fruitful one for over 30 years. They won the Oscar for Best Picture as producers of “A Beautiful Mind” (2001), for which Howard also took home Best Director. They reaped Emmys for producing both “From the Earth to the Moon” (Best Miniseries in 1998) and “Arrested Development” (Best Comedy Series in 2003). On his own, Grazer won Best Drama Series for “24” in 2006.

And, yes, Barbra Streisand, Liza Minnelli, James Earl Jones, Alan Menken, and Harry Belafonte have all come close, but at least one of their awards was honorary or given out of competition.

Composer Lin-Manuel Miranda could become the 13th EGOT club member laster this month as he is nominated at the Oscars for Best Original Song of “How Far I’ll Go” from “Moana.”