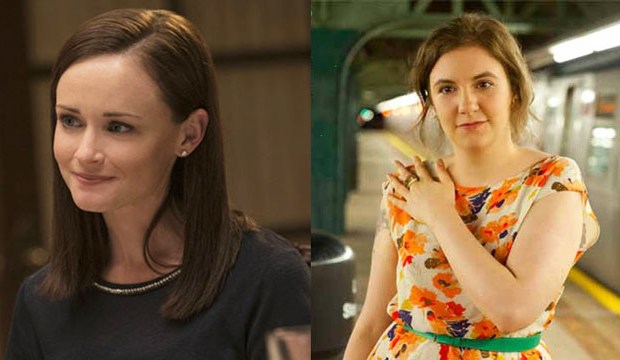 We asked you which struggling millennial you preferred: Hannah (Lena Dunham) from “Girls” or Rory (Alexis Bledel) from “Gilmore Girls” (you can still vote in the poll here). While they seem to have little in common, both strive to launch  writing careers and both [SPOILER ALERT] find themselves unexpectedly pregnant. However, even after the grand finale of HBO’s “Girls,” our readers preferred Rory over Hannah by a margin of 67% to 33%.

In the first seven seasons of “Gilmore Girls,” Rory worked towards her lofty goal of becoming a famous journalist like Christiane Amanpour. Viewers caught up with her last fall in Netflix’s revival “A Year in the Life,” in which we learned her journalism career had hit a wall. Instead of giving up Rory set out to write a book about her relationship with her mother Lorelai (Lauren Graham), before revealing her pregnancy in the very last moments. Almost immediately fans demanded a second season and who doesn’t want to see a caffeine addict go through withdrawal.

‘Gilmore Girls‘ Photos: Top 24 Best Moments from ‘A Year in the Life’

Hannah Horvath is a more polarizing character who often comes across as selfish. Hannah was the brainchild of “Girls” creator and star Dunham. For six seasons, she struggled to become the voice of her generation through her writing while also navigating complicated relationships with her friends and love interests. The season finale focused on her struggles as a new mother and how becoming a mother finally made her an adult.

Unlike Bledel who was never recognized by the Emmys or Golden Globes, Dunham has been nominated at the Emmys three times for Best Comedy Actress (2012-2014), and she won a Golden Globe (2013).

Lauren Graham is (probably) coming to 'The Marvelous Mrs. Maisel,' so maybe she'll finally get an Emmy…

Lauren Graham Emmy snub: Everyone from Stars Hollow earned 2018 nominations, but STILL no love for…

Alexis Bledel in 'The Handmaid's Tale' season 2: First look photo of the Emmy winner as…

Amy Sherman-Palladino ('The Marvelous Mrs. Maisel') discusses winning awards after all those 'Gilmore…