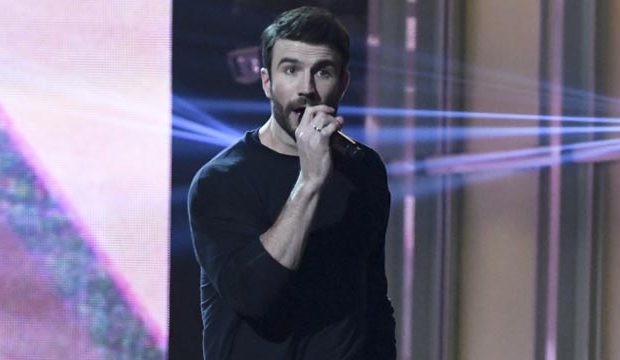 One of the top stories of the year on the music charts has been the dominant performance of Sam Hunt‘s country crossover hit “Body Like a Back Road.” And Billboard reports that it just broke another record: it has now spent 25 weeks at number-one on the Hot Country Songs chart, longer than any other single in history. It has been in the top spot since February 25, and it just passed “Cruise” by Florida Georgia Line, which was the top country song for 24 weeks from 2012 to 2013.

“Body Like a Back Road” is also a rare crossover country hit to land in the top 10 on Billboard’s Hot 100. It peaked there at number-six, which made it the highest charting country single since “Cruise” reached the number-four spot in 2013. But there’s still a chance for the song to reach even higher than that as it’s still in the top 10 as of the chart dated August 12.

The song was certified triple platinum on July 27 by the Recording Industry Association of America. It’s his sixth platinum single following “House Party,” “Break Up in a Small Town,” “Take Your Time,” “Make You Miss Me,” and “Leave the Light On.” All of those hit number-one on the Hot Country Songs chart save “Break Up” and “Miss Me,” both of which peaked at number-two. But before this his best result on the Hot 100 was with “Take Your Time,” which peaked at number-20.

Those previous singles were all from Hunt’s triple-platinum debut album “Montevallo,” which was released in 2014. A sophomore album isn’t immediately forthcoming — he recently told Billboard, “I don’t really have a date. I really enjoy writing songs, so I’m hoping to carve out some time this fall and next year to really spend more time writing.” But until then it looks like he’ll be able to ride the “Back Road” for a while.