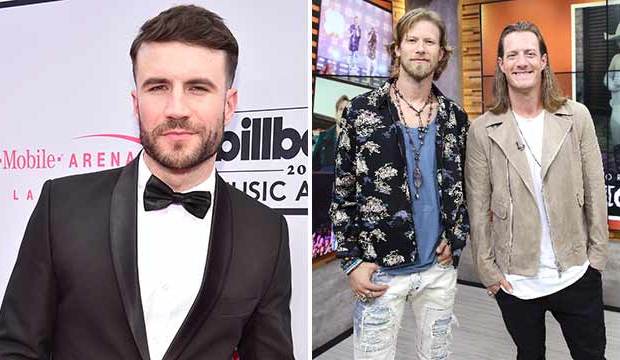 Sam Hunt is on a roll. As of this week his single “Body Like a Back Road” has spent 21 weeks on top of Billboard’s Hot Country Songs chart. To put that in perspective, that means Hunt has had the top country song in America since February 25. That’s a new record for a solo artist, breaking a record that stood for 56 years: Leroy Van Dyke previously spent 19 weeks at number-one with “Walk on By” in 1961. But Hunt has his sights set on another record held by Florida Georgia Line, and he’s only a few weeks away.

The country duo Florida Georgia Like spent 24 weeks at number-one with their 2012 crossover hit single “Cruise,” so Hunt will match that if he can hold on for another three weeks. And he’ll set a new record in four weeks. But even if he can’t hold on to the top spot, it might be unlikely for another country hit to match his chart performance for 2017. In addition to his historic run atop the Hot Country Songs chart, Hunt also peaked at number-six on the Billboard Hot 100, which made it the highest-charting country single since, well, “Cruise,” which topped out at number-four in 2013.

That chart success could soon translate to awards for Hunt. After “Cruise” dominated the charts, it won Single of the Year at the CMA Awards and American Music Awards, and it won Top Country Song at the Billboard Music Awards. Thomas Rhett also recently dominated the charts with his 2015 single “Die a Happy Man,” which spent 17 weeks at number-one on Hot Country Songs and won Single of the Year at the ACM Awards and CMA Awards.

Discuss the Billboard charts with Hollywood insiders in our notorious forums

Alas, Thomas Rhett and Florida Georgia Line didn’t win Grammys, but Hunt already has a leg up on them in that department, having already earned a pair of nominations in 2016 for Best New Artist and Best Country Album (“Montevallo”), so if “Body Like a Back Road” helps him build on that success he could find himself invited up onto the Grammy stage to accept music’s biggest prize.