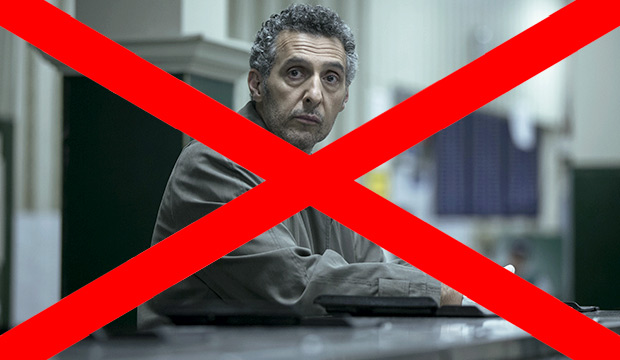 When the International Press Academy released the list of nominations for Annual Satellite Awards, we spotted an oddity and contacted the group via email and asked if they had made a mistake. John Turturro was nominated for “The Night Of” as Best TV Movie/Mini Actor, but he wasn’t eligible.  The miniseries aired on HBO from July to August 2016, well outside the January to December 2017 eligibility period of the 22nd Satellite Awards. “The Night Of” was actually a Best Miniseries nominee at the 21st Satellite Awards a year ago. We never heard back from the academy, but soon after we reached out to them, his nomination vanished from its website. (See updated list of nominations.)

The 22nd Satellite Award nominations were scheduled to be announced on December 1, but they were announced instead on November 28, shortly before midnight. The nominations list on their official website was only briefly visible before being made password-protected for most of the morning on November 29. The nominations list went back online around midday, with Turturro’s name removed. No replacement was named, so Best TV Movie/Mini Actor is now the only acting category with only five nominees.

DISCUSS the Satellite television nominations in our forum.

One of those remaining five is Ewan McGregor (“Fargo”), who is also nominated in Best TV Drama Actor for the same performance. This duplicate nomination remained intact when the IPA posted their updated list. Both the original and updated lists credit Ellie Kemper (“Unbreakable Kimmy Schmidt”) as a Best TV Comedy Actress nominee for “The Unbreakable Kimmy Schmidt.” The updated list credits the Best TV Drama Actor nominee for “Mindhunter” as “Jonathan Goff” instead of Jonathan Groff.

The original list included Rupert Gregson-Williams (“Wonder Woman”) twice in the Best Film Score category; the updated list replaces his second mention with Dario Marianelli (“Darkest Hour”). “The Florida Project” screenwriters Sean Baker and Chris Bergoch were initially nominated for Best Original Film Screenplay, but Bergoch’s nomination has apparently been rescinded and replaced. In addition to his pre-existing nomination for writing “Dunkirk,” Christopher Nolan now has a second Best Original Film Screenplay nomination this year, for “The Florida Project,” which he did not write.

Can you spot any other curiosities in the Satellite nominations list? Sound off down in the comments section.

DISCUSS the Satellite film nominations in our forum.

There has seldom been a year when the Satellite Awards nominations list has not been edited several times after announcement. Nominees routinely get shuffled across categories or added throughout the day. Last year, Gold Derby reached out to the IPA to contest the ineligible nominations for “Master of None” (Best TV Comedy Series) and Laurie Metcalf (Best TV Comedy Actress, “Getting On”). IPA President Mirjana van Blaricom responded with an exclusive statement that they were rescinding the nominations. In 2013, Gold Derby contested the ineligible nomination in Best TV Comedy Actor for Louis C.K. (“Louie”), as well as the five nominations for “The Wolf of Wall Street,” which Satellite voters had not seen at the time of nominating. They rescinded C.K.’s nomination.

Do the Satellite nominations change your Oscar predictions? Log and update your picks in our predictions center until nominations are announced on January 23. You can also predict other awards, like the Grammys, as well as reality shows like “Drag Race.”