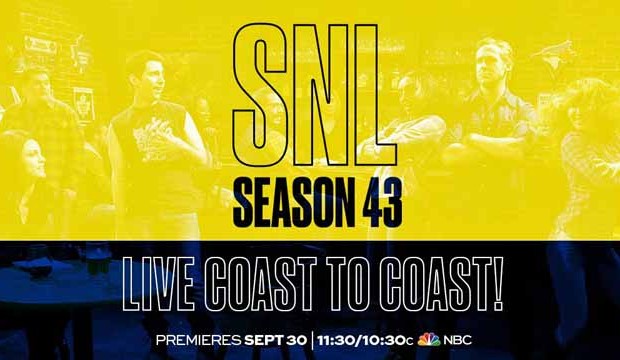 Ryan Gosling, Gal Gadot, and Kumail Nanjiani will be hosting “Saturday Night Live” to lead off the 43rd season on NBC. The show had a stellar season this past year with improved ratings during a political year and Emmy wins as Best Variety Sketch Series plus acting victories for Kate McKinnon (supporting actress), Alec Baldwin (supporting actor), Melissa McCarthy (guest actress), and Dave Chappelle (guest actor). That brings its record up to an astonishing 64 Emmys, a record among series that might never be matched since the next closest show is “Game of Thrones” with 38.

This is the second “SNL” hosting gig for Gosling, who is promoting the release of “Blade Runner 2049” co-starring Harrison Ford and directed by Denis Villeneuve. His musical guest is Jay-Z.

It’s the first time for Gadot, who is one of the biggest breakthrough stars of 2017 thanks to the film “Wonder Woman” from this summer. She was one of your top choices in our recent poll about which summer star should host “SNL” this season. Her musical guest is Sam Smith.

Nanjiani is a possible Oscar contender this year for writing and starring in his very personal summer film “The Big Sick.” This will also be the rookie time hosting for Nanjiani, who is a co-star on “Silicon Valley.” His musical guest is Pink.

It was also announced by NBC this week that “SNL” will be live from coast to coast for the entirety of Season 43. They experimented with a few live nationwide episodes to end last season with great ratings results. The regular cast will include the returns of McKinnon, Leslie Jones, Beck Bennett, Cecily Strong, Kenan Thompson, and more. Vanessa Bayer and Bobby Moynihan have departed the program.