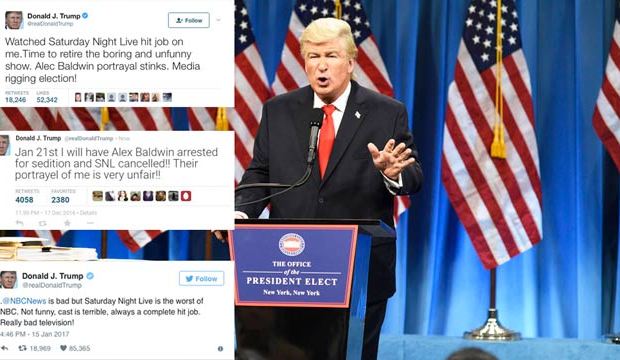 “Saturday Night Live” went all in on political satire in its 42nd season, and many of those sketches now make our end-of-season list as the best of the best (click through our photo gallery above). Excluded are the “SNL” cold openings and weekend updates, as they tend to be their own entities. We also stick to one sketch per episode that features the guest host prominently

With “Saturday Night Live” enjoying an increase in buzz and ratings, things are looking good going into the 2017 Emmys in September. Kate McKinnon, who shocked many with her Emmy win last year for Best Comedy Supporting Actress, is expected to repeat for her many characters including Hillary Clinton and Kellyanne Conway.

Also, Alec Baldwin as Donald Trump and Sean Spicer impersonator Melissa McCarthy could take home Emmys for their recurring scenes — including their viral make-out session — that have become talking points in Washington D.C. The show itself will also be a favorite to win Best Variety Sketch Series for the first time in decades.

“Stranger Things” fans will love revisiting the sketch from Lin-Manuel Miranda‘s October episode in which we finally get to meet Lucas’s parents, played by long-running cast member Kenan Thompson and scene-stealer Leslie Jones.

Another fun moment that went viral features Tom Hanks as David S. Pumpkins in a Halloween sketch titled “Haunted Elevator.” While not terrifying at first, the more Pumpkins appears the scarier he ultimately becomes. Any questions?

Overall “SNL” has amassed 50 Emmy Awards, more than any other show on television including 38-time champ “Game of Thrones.” Below is a breakdown of how many Emmys “Saturday Night Live” has won each year. Can Season 42 break their record of five wins from 2014?