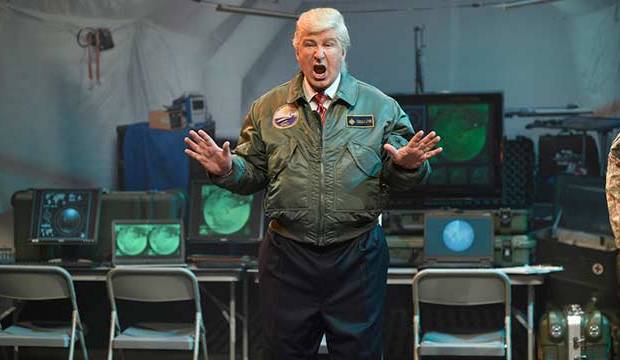 Unless you live on the east coast of the United States, “Saturday Night Live” is live in name only. It’s presented live for viewers on the Atlantic on Saturday nights at 11:30pm, but the rest of the country must wait to watch it until it’s 11:30 in their neck of the woods. No more! Starting on April 15 “SNL” will air live across all time zones.

This unprecedented change comes during a year when “SNL” has enjoyed a significant boost in ratings and publicity thanks to Alec Baldwin‘s portrayal of Donald Trump and the angry tweets from Trump that often follow on Sunday mornings. It’s up 22% in total viewers this season, from 8.7 million to 10.6 million, so it’s no surprise that the network wants to capitalize on immediate nationwide reactions to its latest timely political sketches.

Says NBC entertainment chair Bob Greenblatt in a statement, “’SNL’ — enjoying its most popular season in two decades — is part of the national conversation, and we thought it would be a great idea to broadcast to the west and mountain time zones live at the same time it’s being seen in the east and central time zones. That way, everyone is in on the joke at the same time.”

Aidy Bryant ('Shrill') on whether she feels more comfortable as an actor, producer or writer [Complete…

Bruce Miller ('The Handmaid's Tale' showrunner): 'It would make me very happy to have my show move into…

Aidy Bryant ('Shrill') on her character's newfound confidence: 'Annie is really about to get out there…