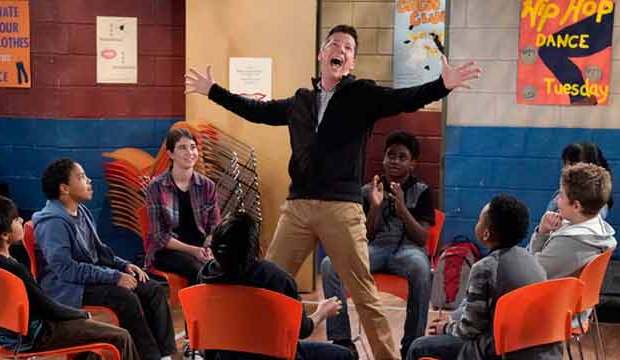 Despite an Emmy and four SAG Awards, it could be argued that Sean Hayes‘s performance as Jack McFarland on NBC’s “Will & Grace” has been under-rewarded. After all, following his first Emmy win for Best Comedy Supporting Actor in 2000, Hayes went home empty-handed despite six additional nominations. And at the Golden Globes — where the show had a more pronounced losing streak of zero wins out of 27 nominations — Hayes repeated that streak, again earned six consecutive nominations but zero wins. With the new revival of the series finding both critical and ratings success, Hayes deserves to be in a strong position to add to his trophy collection at this season’s Golden Globes, Critics’ Choice and SAG Awards, as well as at next year’s Emmys.

Though only four episodes of the revival have aired as of this writing, Hayes’s performance has stolen almost every episode thus far. Reviewing the first three episodes for Yahoo, Ken Tucker calls Hayes “especially excellent.” He adds, “His line readings are whiplash-fast, and he does some physical comedy — bending over, falling down, slipping and sliding — that is so good, it makes you realize that 99 percent of all contemporary sitcoms rely solely on verbal humor.”

That physical comedy is on full display in the season’s second episode, “Who’s Your Daddy.” Both Jack and Will (Eric McCormack) are dating younger man, so Jack turns to Karen (Megan Mullally) for a little youthful tune-up, which involves neck magnets and a full-body compression garment. Jack returns to the club but his discomfort leads to some hilarious pratfalls that TV Insider‘s Matt Roush calls “inspired.” Writing in TV Line, Charlie Mason argues that the episode give Hayes “feats of physical comedy that are sure to earn [him] another Emmy.”

But if the character of Jack has been criticized for being too over-the-top, particularly in the latter seasons of the original series’ run, the show’s writers have thankfully given Hayes a chance to show a more human side of Jack. In the most recent episode, “Grandpa Jack,” Jack’s comes face to face with Skip (Jet Jurgensmeyer), who reveals that he is the child of Jack’s estranged son Elliot (Michael Angarano), and therefore is Jack’s grandson. The two immediately bond over their love of Lady Gaga and wigs, but Jack is crushed when he finds out that Skip, who is gay, is being sent to a camp specializing in gay conversion therapy.

While Hayes has some stellar comic moments in the beginning of the episode — particularly his demonstration of the “pajama party position” and a truly inspired retractable Sia wig — he shines in his scenes at the camp. When Jack has a bitter confrontation with Elliot, Hayes conveys both anger and confusion at his estranged son, and wonders how their relationship ever reached this point. But the real heart of the episode is in a wonderful long scene between Jack and Skip. Hayes shows us a side of Jack we haven’t seen before, a side grounded in experience and struggle, but one that has ultimately made him the person his is today. We see Jack at his most empathetic and nurturing, and when he takes his grandson’s face in his hands and tells him he’s exactly who is supposed to be, it is a truly touching moment and a reminder of just what Hayes can do.

'The Mandalorian': Top 5 unanswered questions before the Season 2 premiere

'Welcome to Chechnya': HBO documentary is a harrowing look at anti-LGBTQ violence in Russia

If Leslie Odom Jr. wins an Oscar for 'One Night in Miami,' he'll be one away from EGOT…