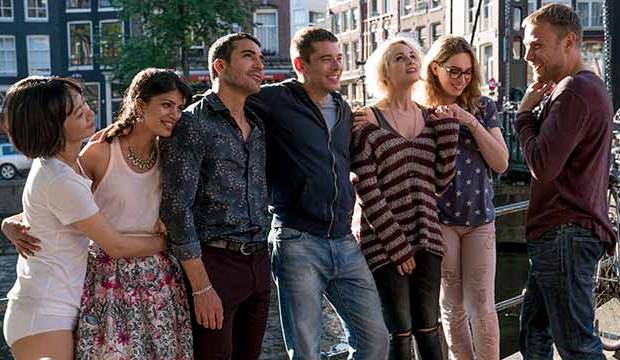 Netflix surprised fans on June 1 by cancelling its sci-fi thriller “Sense8,” which had a cult following but apparently not a large enough following. The series followed the adventures of eight individuals around the world who shared a psychic connection. It ran for two seasons, but because the production spanned the globe it became quite expensive for the streaming service, with producer Roberto Malerba revealing in a recent interview that the second season had an average price tag of $9 million per episode. However, our readers still want more — a lot more.

In our recent poll only 4% of respondents thought Netflix made the right call by not giving the series a third-season renewal. The other 96% wish it would come back in some shape or form. Of those, 24% said they wished it would have lasted forever, while another 32% would have liked it to receive a full final season. So more than half of our readers would like at least one more complete run of episodes.

Another 15% of readers would be satisfied with a shortened final season, and 25% would like to see a farewell movie to wrap up the show’s storylines. Other networks have employed similar strategies. HBO concluded its comedies “Hello Ladies” and “Looking” with finale films, while giving its acclaimed drama series “Treme” an abbreviated final season of five episodes. Showtime also went the miniseries route when ending its dramedy “The Big C.”

Do you agree with our readers? Check out the complete poll results about its cancellation below, keep voting here, and discuss this and more with your fellow TV fans in our forums.

Discuss ‘Sense8’ with Hollywood insiders in our notorious forums

‘Sense8’: Our readers respond to ‘utterly devastating’ cancellation by Netflix When does 'Sense8' come back for its series finale? Netflix reveals premiere date and key art

'Sense8' cancellation: Netflix says no to season 3 despite pleas of fans

'Sense8': Our readers respond to 'utterly devastating' cancellation by Netflix

'Sense8' cancelled: Should Netflix finish the story with a mini-season or TV movie? [POLL]

'Sense8' at risk of cancellation? Fans fight for Netflix series with #RenewSense8 campaign