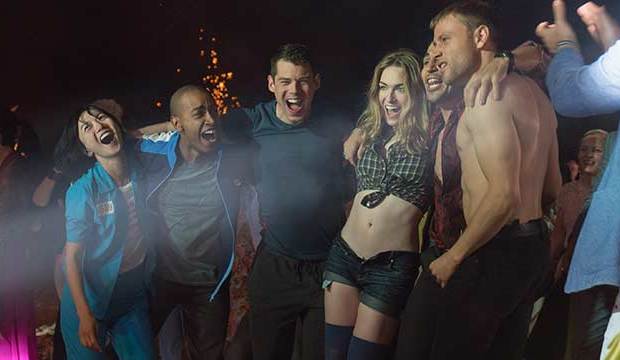 “Sense8” fans rejoice! Netflix has seen the error of its ways and has decided to renew the sci-fi series after all — at least a little. Co-creator Lana Wachowski announced on Facebook that a two-hour finale movie is in the works. Check out her announcement letter at the bottom of this post.

“Here is a gift from the fans of this show that I will carry forever in my heart: while it is often true those decisions are irreversible, it is not always true,” says Wachowski in her letter. “Improbably, unforeseeably, your love has brought ‘Sense8’ back to life … There will be another two-hour special released next year.”

The series follows the lives of eight disparate individuals living across the globe who are connected by a psychic link that allows them to share thoughts, feelings and skills across miles and oceans. Because the series was shot on-location throughout the world it was quite a costly production — producer Roberto Malerba revealed that the budget ended up around $9 million per episode — so Netflix cancelled the series after two seasons. This was galling to fans because it’s a rare show to focus on such a broad spectrum of national, cultural, sexual and gender identities, and it was even more frustrating because season two ended on a cliffhanger. In our recent poll, a whopping 96% of readers wanted “Sense8” to come back in some shape or form.

Finishing “Sense8” makes, well, sense. It would continue to be available to stream whether or not it produced new episodes, but curious new viewers might be more inclined to check out the series in the future if they know it has a proper ending. In that way it would be in Netflix’s best interests to present a complete story. That’s similar to the logic that prompted HBO to conclude “Looking” with a finale movie after two low-rated seasons. HBO also gave “Treme” a shortened final season.

Even Netflix has given shows the opportunity to wrap up their stories before, by acquiring “The Killing” from AMC and producing a fourth and final season. They also concluded the Ricky Gervais series “Derek” with a finale movie.

What do you think of the sudden resurrection of “Sense8”? Do you plan on watching the finale in 2018? Read Wachowski’s heartfelt letter below, sound off in the comments below, and join the discussion in our forums.

When does 'Sense8' come back for its series finale? Netflix reveals premiere date and key art