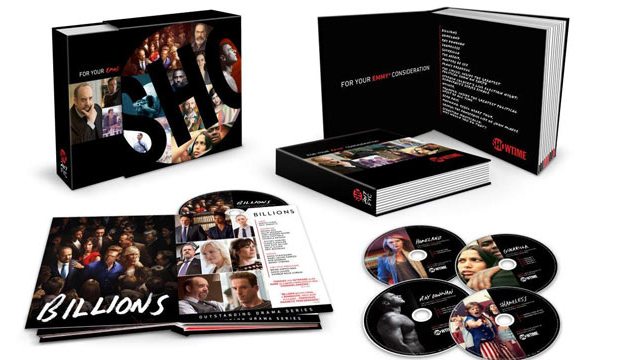 Besides “Homeland,” the network’s other drama series featured within the beautifully designed Emmy package are “The Affair,” “Billions,” “Masters of Sex,” “Penny Dreadful” and “Ray Donovan.” Showtime’s lone comedy series represented is “Shameless.”

Earlier this week Gold Derby posted Showtime’s key Emmy Awards contenders including all of the lead, supporting and guest submissions for their series. Among the returning acting nominees for the premium network are “Homeland’s” Claire Danes, “Ray Donovan’s” Liev Schreiber, Jon Voight and Azaria, “The Affair’s” Maura Tierney and “Shameless'” William H. Macy. Composer Marcelo Zarvos on his 'love letter to Mexico City' in 'The Romanoffs,' plus 'Ray Donovan' and…

Did 'Homeland' cast Hugh Dancy in its final season because of Gold Derby?

Emmy episode analysis: William H. Macy ('Shameless') robs from the rich and keeps for himself in…

Hey, Mandy Patinkin ('Homeland'): Here's why I'm not ruling out an Emmy upset for you as Best Drama…