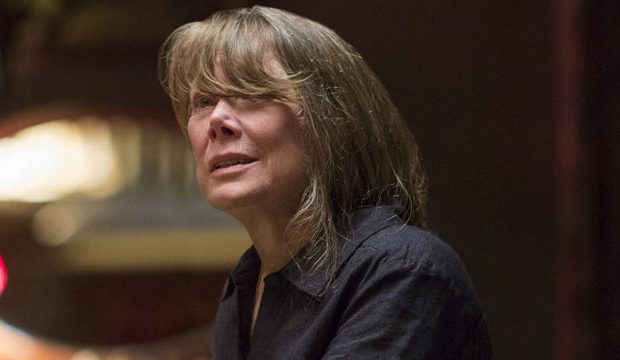 “Bloodline” ended its run on Netflix this past spring after three seasons. It premiered its last 10 episodes on May 26, just five days before the end of the Emmy eligibility period. But while the show flew under the radar in its last year, it has been nominated for the last two years in a row for Best Drama Actor (Kyle Chandler) and Best Drama Supporting Actor (Ben Mendelsohn), with Mendelsohn upsetting to win in 2016. As yet, Sissy Spacek hasn’t been nominated for her supporting role as family matriarch Sally Rayburn, but this could be her golden opportunity.

Spacek is a Hollywood icon with one Oscar out of six nominations — she won Best Actress for playing country star Loretta Lynn in “Coal Miner’s Daughter” (1980). The TV academy often loves to reward movie stars who transition to the small screen, and Spacek is already a three-time Emmy nominee: Best Movie/Mini Supporting Actress for “The Good Old Boys” (1995) and “Last Call” (2002), Best Drama Guest Actress for “Big Love” (2010). It’s true that that hasn’t helped Spacek in the last two years for her performance in “Bloodline,” but this is a drastically different Emmy race.

Four out of last year’s six nominees for Best Drama Supporting Actress are missing in action. Reigning champ Maggie Smith (“Downton Abbey”) is out because her show concluded last season, and the three nominees from “Game of Thrones” — Emilia Clark, Lena Headey and Maisie Williams — are out because their show didn’t air any episodes in the eligibility period. The other two nominees from last year are eligible to return — Maura Tierney (“The Affair”) and Constance Zimmer (“UnReal”) — but according to our latest racetrack odds neither is guaranteed another bid.

So there’s plenty of available real estate for Spacek this year, which combined with her industry clout could be enough for her to sneak into the top six. But any voters who tuned into “Bloodline” to find out how it ended would have also been greeted to a much more prominent role for Spacek than she ever had before. In seasons one and two, Sally’s on-screen children tried to protect her from the family’s secrets and perhaps inadvertently protected Spacek from some of the juiciest scenes. But this year she’s much more deeply involved in the drama, and she gets the kinds of performance showcases you’d hope for from the star of films like “Carrie” and “In the Bedroom.” That includes a powerful and morally ambiguous courtroom testimony scene, and later on a bitter confrontation with her son John (Chandler) and Kevin (Norbert Leo Butz).

It may seem unlikely for “Bloodline” to get more awards traction for its final season after only limited support in its first two years, but consider the trajectory of Showtime’s “Ray Donovan,” which earned one acting nomination in 2014 (for supporting actor Jon Voight), then another sole acting nomination in 2015 (for leading man Liev Schreiber), but then surprised with four nominations in 2016. FX’s “The Americans” was also slow to catch on with two nominations in 2013, one in 2014, and two in 2015, before jumping to five nominations in 2016, including its first ever for Best Drama Series. That’s reason enough not to discount “Bloodline’s” most decorated star even as the show has left the airwaves.