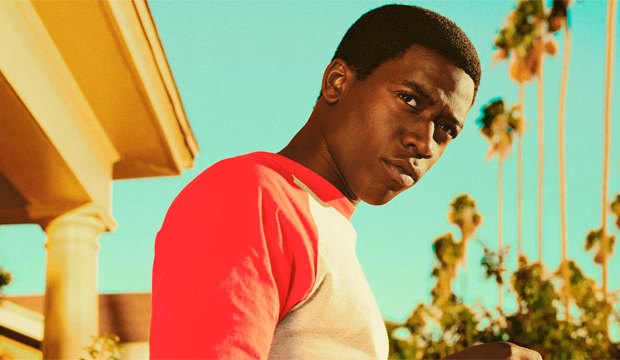 FX’s latest drama series, “Snowfall,” premieres Wednesday, July 5 on the cable network at 10:00 p.m. (Watch the “Snowfall” trailer here.) Young British star Damson Idris leads the gritty program about the rise of America’s cocaine epidemic in Los Angeles in the early 1980s. After a long line of prestigious dramas like “The Shield,” “Sons of Anarchy” and “The Americans” helped reshape FX into the powerhouse that it is today, will you now be high on “Snowfall”? Or does the subject matter not crack your interest? Vote down in our poll below.

“Snowfall” hopes to be the latest major Emmy contender for FX following their Best Limited Series victories for “Fargo” (2014) and “The People v. O.J. Simpson” (2016), Best Animated Program triumph for “Archer” (2016), and Best Drama Series nomination for “The Americans” (2016). It has a great pedigree behind the camera, with no less than six Hollywood heavyweights serving as executive producers: showrunner Dave Andron (“Justified”), Thomas Schlamme (“The West Wing”), John Singleton (“The People v. O.J. Simpson”), Eric Amadio (“After Sex”), Michael London (“Sideways”) and Trevor Engelson (“Remember Me”).

While the subject matter may be too frightening for some, TV critics are raving about the new drama series. Hank Stuever (Washington Post) praises, “‘Snowfall’ is lean, mean and precise. Though it fictionalizes and chronicles a depressing (and violent) American crisis, it belongs on everyone’s must-watch list this summer.” And Ken Tucker (Yahoo TV) writes, “If you’re in the mood for a dark but sunny, meticulously detailed TV-show-as-novel narrative, ‘Snowfall’ may draw you in.”

Here is FX’s official plot description for “Snowfall”: Los Angeles 1983. A storm is coming and its name is crack. Snowfall is a one-hour drama set against the infancy of the crack cocaine epidemic and its ultimate radical impact on the culture as we know it. The story follows numerous characters on a violent collision course, including: Franklin Saint (Idris), young street entrepreneur on a quest for power; Gustavo “El Oso” Zapata (Sergio Peris-Mencheta), a Mexican wrestler caught up in a power struggle within a crime family; Teddy McDonald (Carter Hudson), a CIA operative running from a dark past who begins an off-book operation to fund the Nicaraguan Contras and Lucia Villanueva (Emily Rios), the self-possessed daughter of a Mexican crime lord.