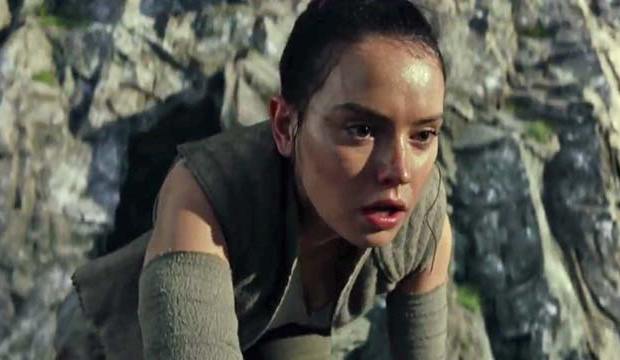 How do you think “Star Wars: The Last Jedi” will compare to the other eight movies that have come before it? Will it be better than 1980’s “Star Wars: The Empire Strikes Back,” who many say is the best film in the entire franchise? Or are you instead a super-fan of the prequel movies from the 2000s? In honor of the “Star Wars” 40th anniversary — “A New Hope” was released on May 25, 1977 — vote in our poll below to tell us your all-time favorite.

Directed by Rian Johnson, “The Last Jedi” follows the events of J.J. Abrams‘ 2015 film “Star Wars: The Force Awakens,” which reawakened fandom worldwide. Based on what we know from the trailer, Luke Skywalker (Mark Hamill) will be training young Jedi Rey (Daisy Ridley) following the death of Han Solo (Harrison Ford). The film will be released December 15.

Disney acquired the rights to the “Star Wars” franchise from George Lucas in 2012 and released “The Force Awakens” to critical acclaim, five Oscar nominations, and a staggering $2 billion at the worldwide box office. That was a tough act to follow, but last year’s first stand-alone film “Rogue One: A Star Wars Story” brought in $1 billion worldwide and was nominated for a pair of Oscars: Best Visual Effects and Best Sound Mixing.

Lucas’ prequels from 1999-2005 were blockbuster success stories, but they were met with much disappointment from fans. The fact that “The Force Awakens” was such historic hit two years ago proves that the “Star Wars” saga has much life left in it. “Star Wars” fans, if you had to choose one film as your favorite, what would be your number one? Sound off down in the comments section after voting in our poll.

'Star Wars: The Rise of Skywalker' Oscar predictions: Will the force be with Episode IX at Academy…

'Star Wars: The Rise of Skywalker' reviews: Is it a 'magnificent' conclusion, or does it struggle to…

'Knives Out': Daniel Craig is a delight in Rian Johnson's comic crime caper

Step aside, Jedi and Na'vi: 'Avengers: Endgame' will break ALL box office records, according to our…

Will 'Star Wars: The Last Jedi' overcome its haters by winning Teen Choice?