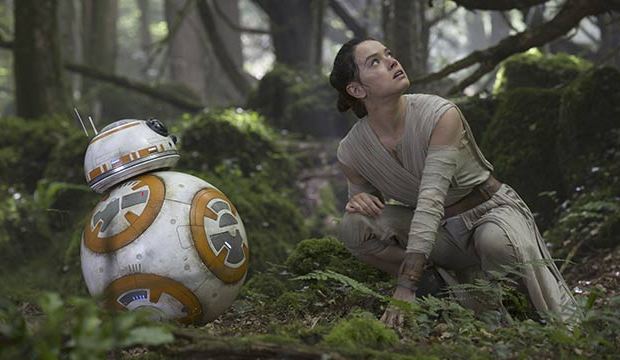 How do you think the new Han Solo “Star Wars” prequel (which just started production) will compare to the other eight films that have come before it? Will it be better than 1980’s “Star Wars: The Empire Strikes Back,” who many hold dear as the best film in the entire franchise? Or are you instead a super-fan of the prequel movies from the 2000s? Vote in our poll below to tell us your all-time favorite “Star Wars” flick.

In the new Han Solo film, which is set to debut May 25, 2018, the force is with Donald Glover. The ex-“Community” player and current “Atlanta” creator/star will play a young Lando Calrissian, while Alden Ehrenreich is taking on the role of a young Han. This still-untitled film takes place decades before the character was first seen in “The Empire Strikes Back” and before he became a hero to the rebellion in “Episode VI: Return of the Jedi” (1983). The iconic Billy Dee Williams originated the role of Lando, but there’s no word yet on whether he or Harrison Ford (the original Han) will be a part of this new film.

Who are the 25 greatest sci-fi heroes in movie history? From ‘Star Wars’ to ‘Star Trek’ to ‘Mad Max’ to ‘The Matrix’

Disney acquired the rights to the “Star Wars” franchise in 2012 and released “Star Wars: The Force Awakens” in 2015 to critical acclaim and a staggering $2 billion at the worldwide box office. That was a tough act to follow, but last year’s first stand-alone film “Rogue One: A Star Wars Story” brought in $1 billion worldwide and is currently nominated for a pair of Oscars: Best Visual Effects and Best Sound Mixing.

“Star Wars” has been a remarkably consistent presence in popular culture ever since “Star Wars: A New Hope” was released in theaters in 1977. The saga has enthralled generations of devoted audiences like no other film franchise arguably ever has (or ever will). But if you had to only choose one “Star Wars” film as your favorite, what would be your number one? Sound off in the comments section after voting in our poll.