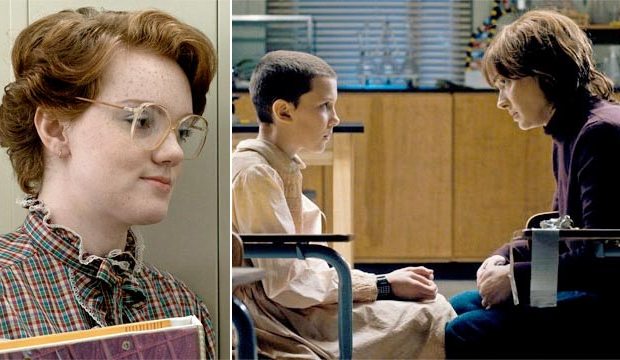 Will “Stranger Things'” Barb be found Thursday morning in the form of an Emmy nomination for Shannon Purser, the actress who portrays the missing student? Since the character’s disappearance during Season 1 of “Stranger Things” Barb has become an internet obsession, and we’re itching to see whether the Emmys will find her. (See Gold Derby’s predictions in 24 categories.) Featured players Millie Bobby Brown and Winona Ryder, as Eleven and Joyce Byers, are also earning Emmy buzz with some of our experts predicting them to win Best Drama Supporting Actress.

The hit sci-fi series about the search for a missing boy in the 1980s has turned America — and awards groups — upside-down. The cast won the SAG Ensemble trophy, while the show’s producers prevailed at the PGA Awards. Those two precursor victories make “Stranger Things” a frontrunner heading into the 2017 Emmys for Best Drama Series. The timing couldn’t be better, as two-time reigning champ “Game of Thrones” must sit out this cycle since it didn’t air within the eligibility period.

At the heart of “Stranger Things” is a yearning for childhood, the same emotional tug that worked so well for “E.T. the Extra-Terrestrial” (1982). Emmy voters who watch “Stranger Things” are instantly taken back to a time when they were young and innocent, riding bikes and playing with walkie-talkies.

“E.T.” of course won four Oscars: Best Sound, Best Visual Effects, Best Sound Effects and Best Score. But it lost out on the biggie of Best Picture to “Gandhi,” a historical epic that was too hard to ignore. Hmm, there’s a historical TV show in the running for Best Drama Series at the Emmys in the form of regal drama “The Crown,” so might that pull a “Gandhi” and beat “Stranger Things” at the last minute?

“Stranger Things'” creators the Duffer brothers — Ross Duffer and Matt Duffer — appear on the 2017 Emmy ballot thrice: as producers of the show, as writers of the pilot, and as directors of the pilot. Co-producer Shawn Levy has also been submitted for directing the third episode. In our recent interview, the Duffer brothers told Gold Derby, “It was not a commercial play on our part at all. We said, let’s try to write this thing, let’s write what we want to see and at that time we were hoping that someone would be maybe interested in making it.”