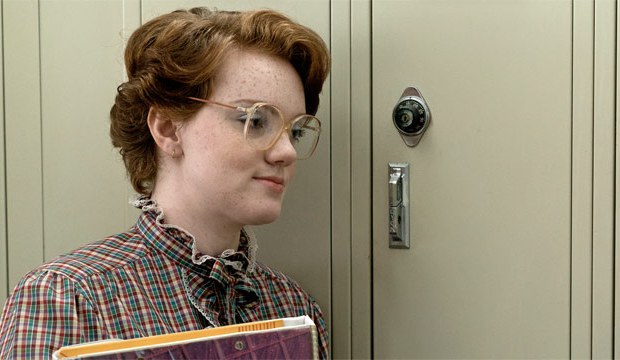 “Stranger Things'” Barb has been found! In the 2017 Emmy nominations, that is. The missing student at the heart of internet obsession popped up in Thursday’s nominations in the form of Shannon Purser, the Best Drama Guest Actress contender who portrays Barb. But she’s not the only performer to earn a nomination for the 1980s-set Netflix sci-fi drama. Millie Bobby Brown and David Harbour also earned Emmy bids as Best Drama Supporting Actor and Actress, respectively. (Strangely, Winona Ryder was snubbed.)

At the heart of “Stranger Things” is a yearning for childhood, the same emotional tug that worked so well for “E.T. the Extra-Terrestrial” (1982). Emmy voters who watch “Stranger Things” are instantly taken back to a time when they were young and innocent, riding bikes and playing with walkie-talkies. Of course, “E.T.” failed to win the Oscar for Best Picture because of “Gandhi,” a historical epic that was too hard to ignore.

Netflix’s “The Crown” is a similar historical production that’s in the running for Best Drama Series at the Emmys, so might that pull a “Gandhi” and beat “Stranger Things” for Best Drama Series? That’s just one of the many topics that Gold Derby’s editors discuss in our new 2017 Emmy nominations slugfest.

“Stranger Things'” creators the Duffer brothers — Ross Duffer and Matt Duffer — were nominated thrice on Thursday: as producers of the show, and as writers and directors of the pilot, titled “Chapter One: The Vanishing of Will Byers.”

In all, “Stranger Things” is nominated for a whopping 18 awards, including the all-important one for Best Drama Series. If it wins, it will become the first streaming show to take home a series prize at the Emmy Awards. Other streamers in this race include fellow Netflix series “The Crown” and “House of Cards,” and Hulu’s hit “The Handmaid’s Tale.”