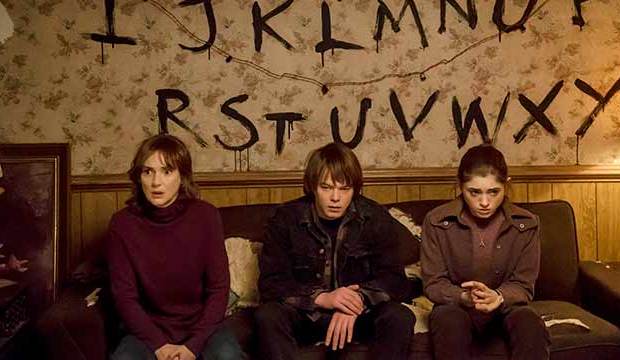 After the Television Critics Association announced its nominees for Program of the Year, we asked our readers to tell us what the best program of the year really was: one of TCA’s six nominees, or another show entirely. According to our readers the critics got it right. Only 10% voted that the year’s best program was a show missing from the TCA’s lineup. As for the six nominated shows, “Stranger Things” was far and away our readers’ favorite.

As of this writing 49% of readers have declared “Stranger Things” the best TV program of the year. The Netflix series is set in the 1980s and follows the search for a missing boy in a parallel dimension. Sci-fi/horror shows aren’t typically awards favorites, but “Stranger Things” has maintained its buzz since premiering almost a year ago, scoring big wins at the SAG Awards and Producers Guild Awards, among others.

Next up in our poll was “The Leftovers” with 25% of the vote. The cult hit HBO series just ended after three dark and mysterious seasons. The acclaimed drama follows the lives of the survivors after two-percent of the world’s population inexplicably vanished from the face of the Earth.

Tied with 5% of the vote are a couple more new shows: Hulu’s “The Handmaid’s Tale” and NBC’s “This is Us,” which couldn’t be more different. “The Handmaid’s Tale” is a dystopian series set in a totalitarian regime that subjugates women. “This is Us” is an emotional family drama that chronicles the lives of the Pearson family in the past and the present.

Gold Derby TV Awards: Who gets your vote in the heated contest for Best Drama Actress?

Tied with 3% each are the FX breakout comedy “Atlanta” and the HBO limited series “Big little Lies.” “Atlanta” premiered last fall to instant acclaim; it was created by Donald Glover, who stars as a down-on-his-luck manager who hopes to guide his cousin to success as a rap musician. “Big Little Lies” is a star-studded mystery featuring Reese Witherspoon and Nicole Kidman and set among the wealthy moms of Monterey, California.

Are our users right? Is “Stranger Things” really the rightful program of the year? Check out our complete poll results below: