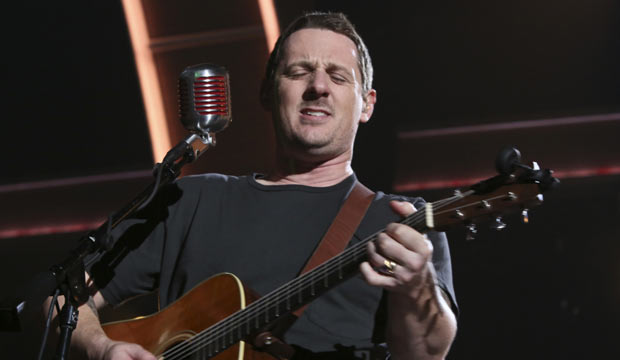 Sturgill Simpson had a breakthrough year as a country music artist at the 2017 Grammy Awards earlier this year. He earned a surprise Album of the Year nomination for “A Sailor’s Guide to Earth” and won Best Country Album, but he’s got a rebellious streak within the country industry. He’s never been nominated at the Country Music Association Awards, but he did stage an alt-CMAs of sorts outside the Bridgestone Arena in Nashville, Tennessee, where the CMAs were held. He streamed his performance on Facebook Live (watch below).

Simpson has been critical of the country music industry in the past, particularly when the Academy of Country Music created an award named after the late Merle Haggard. He wrote on Facebook at the time, “I find it utterly disgusting the way everybody on Music Row is coming up with any reason they can to hitch their wagon to [Haggard’s] name while knowing full and damn well what he thought about them. If the ACM wants to actually celebrate the legacy and music of Merle Haggard, they should drop all the formulaic cannon fodder bullshit they’ve been pumping down rural America’s throat for the last 30 years along with all the high school pageantry, meat parade award show bullshit and start dedicating their programs to more actual country music.”

After that controversial post, he commented, “I fully realize that as I type this, meetings and conversations are taking place on Music Row to ensure I am blackballed from the industry … More and more everyday, people are waking up to the situation and they are pissed. Perhaps country music, especially Nashville, should wake up too before it’s too late.”

But that wasn’t the only stand Simpson took on CMAs night. He performed for tips with proceeds benefiting the American Civil Liberties Union. He advocated equality for the gay community who “should have the right to be happy and live their life any way they want to and get married if they want” and for African-Americans who “are probably tired of getting shot in the streets and being enslaved by the industrial prison complex.” He added, “Hegemony and fascism is alive and well in Nashville, Tennessee.”